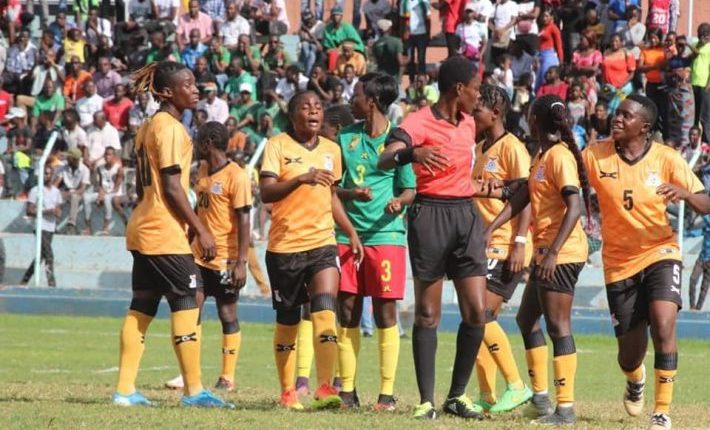 Women’s CAN 2022: Senegal-Uganda to respond to Morocco, the Cameroon-Zambia clash

Second day of competition at women’s CAN. The continuation of group A with Senegal and Uganda is on the program for Sunday, July 3. Group B will be entered with the Cameroon/Zambia shock and then Tunisia/Togo.

The Women’s CAN began this Saturday, July 2, with a single match. The celebrations continue on Sunday 3 with three meetings. Senegal takes on Uganda in Group A. Both teams can’t lose. Morocco, the favorite of the group, beat Burkina Faso, 1-0, in the first match.

Senegal-Uganda’s story is a story about return. One side is the return of the Lionesses to CAN after 12 year absence. While Since 2000, Uganda had not reached the finals of this competition.. The Lionesses are not interested in making up the numbers. “SIf we all stick to our values, I believe that we can make a successful AFCON. The girls should be able to match our expectations, based on their performance against Cameroon and Tunisia. Even though this is a young team we still have potential. Our first goal is to reach the second round.“said their coach Moussa Cissé to Sport News Africa.

A fiery Cameroon/Zambia in Group C

This female CAN starts in group B with a bang. We are entitled to a clash between Cameroon & Zambia this Sunday. After losing 4 finals, the Cameroonians want to win this competition.

However, it is important to be aware of the formidable Zambian team. Despite the fact that Babara Banda, its star, was injured, it still won. This meeting will also serve as a vengeance to the indomitable Lionesses. Cameroon was eliminated from the race to host the Tokyo Olympics by Zambia. Even though it is only the first day of the women’s CAN, electricity will undoubtedly be in the air.

Tunisia will take on Togo in the other meeting of group B. This will be a historical match as it will be the first match of Togo’s women’s selection in a CAN. Tunisia is currently playing its second tournament and Tunisia returns for the first-time since 2008. A win could give one of the nations the chance to qualify for the second round.

Program of the day

Rule of law in Rumbek gets a boost, thanks to an UNMISS-led infrastructural intervention – African Business