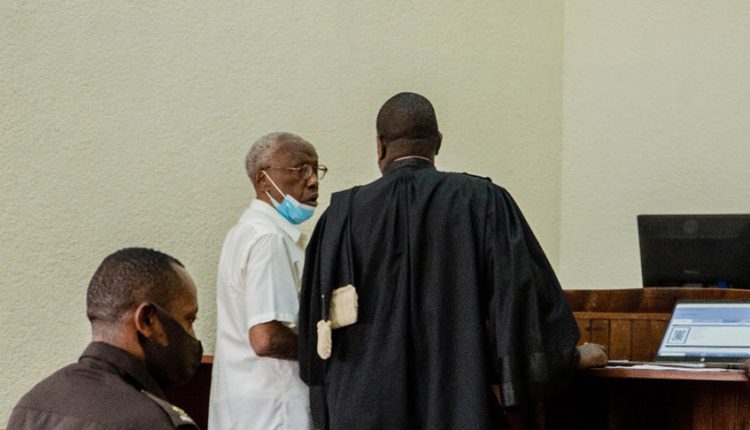 Rutunga, 72 years old, is charged with Genocide and complicity in Genocide.

Rutunga, who was the former regional director of ISAR Rubona, an agricultural research institute located in the southern district of Huye, formerly known as Butare Prefecture, was extradited  from The Netherlands on July 26, last year.

He appeared for the first time before court on August 12 last year, where he was seeking bail.

However, on August 17, the court denied him bail arguing that there are enough reasonable grounds to suspect him of having committed the crimes for which he is being prosecuted.

According to the prosecution, he is said to have committed the alleged crimes mostly between April 26 and 30, 1994 in Butare (current Huye District) where he was working.

During a bail hearing, prosecutors outlined to court several actions by the defendant during the genocide that led to the loss of many lives – especially former employees of the institution he was leading.

They accused him of participating in the murder of Epaphrodite Kalisa (Tutsi employee at ISAR) and George Ndamaje (Tutsi policemen).

The prosecutors also pin him on an incident where he allegedly drove to meet with the Prefect Of Butare, to request the assistance of armed policemen in the killing of the Tutsis who had, among other things, successfully defended themselves against Interahamwe.

Rutunga, however, denied the charges and said he didn’t commit the crimes against which he was being accused.

He claimed that he knew Ndamage, Kalisa, but never participated in their murder. He argued that those who killed them were tried, and sentenced.

He admitted that he went to meet with the Prefect of Butare and requested policemen, but the aim was not to kill Tutsis, but rather, “to defend ISAR from attacks by intruders” because he had learned that there was an imminent attack that would happen among others.

Women’s CAN 2022: Senegal-Uganda to respond to Morocco, the Cameroon-Zambia clash