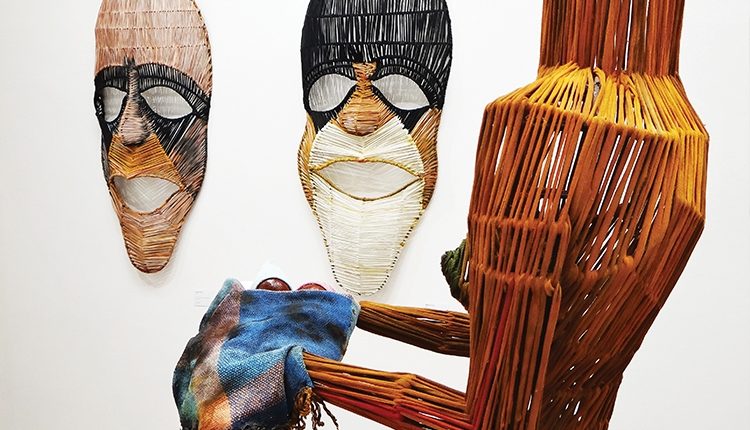 A View on Visual Art – The Namibian

If there was one thing that made Windhoek’s 2022 visual arts scene unique, it was the addition of a few galleries.

A new crop of curators and managers brought life to last year’s visual art offerings, including the revamped venues at The Project Room and the Namibian Arts Association.

The Namibian Arts Association, (NAA), was a shining example of a phoenix rising up from the ashes. The once-stinky institution is now a vibrant hub for contemporary artistic expression, thanks to Jaimee Lee Diergaardt.

The NAA presents a new exhibition every 3 weeks. It is packed with live drawing sessions, musical and poetic talent, artist talks, and artist walkabouts.

The Bellhaus, founded by Marcii Magison and Andrea Behnsen, is another intriguing space. The Bell Street gallery, which is also the name of the space, is a small, working gallery. The Bellhaus, which offers supper clubs and drawing classes, adds an intimacy to the exhibition experience.

The Bellhaus hosted Kudzanai Katharere’s The Power of Love’, Nghidishange’s E-Tunga Studios and Heidi Louw’s Oh My Goodness!’, and concluded the year with a vibrant group exhibition titled “Yellow Submarine”.

The Project Room, which moved from Jenner Street to a new location in Southern Industrial, is similar. Run by Frieda Lühl and Laschandrè Coetzee, The Project Room continues in its work of showcasing singular solo artists such as Kim Kabelo Modise, Urte Remmert, Rudolf Seibeb, Ndako Nghipandulwa, Michael Mansfield, Hercules Viljoen and Anne Lacheiner-Kuhn in a space demonstrably dedicated to inclusivity.

Goethe-Institut Namibia’s Gallery, which featured Ericke Tjiueza’s ‘Where are We Now?’ and Kevin Perestrelo’s ‘Divine Feminine’ was a happy return to the visual arts arena.’, Belia Liebenberg’s Divine Feminine’ and Ombetja Yehinga Organisation Trust’s The Caring Namibian Man’. Goethe-Institut Namibia was also a venue for decolonial discussions in an event that Nicola Brandt hosted on embodied memories, memorialisation and new self-practices in contemporary Namibian arts.

Michelle Isaak, a solo artist, made her debut at the Franco-Namibian Cultural Centre with ‘The Women Within’. Alpheus Malua presented his latest solo Triple’ while Nambowa Malua, an artist, painted an exhibition in front of patrons entitled ‘Den of Synesthetes.

Over at Café Prestige, a selection of art curated by EFANO EFANO Gallery elevated the eatery space. Last year’s presentation included Geena Visgie’s “A State of Contentment”, Julia Runge’s “Shebeen Queens” and Genese Siuna’s “Do You Hear Us Now?” ‘#LoveIsLove Vol.2’, which opened during LGBTQIA+ Pride Month. Café Prestige ended their exhibition year with the Reframe Photography group show ‘Home of Mine’.

The 10th National Ceramics Biennale was held at the National Art Gallery of Namibia (NAGN), which was sponsored by Bank Windhoek. A multifaceted exhibition and discussion spotlighting underrepresented Namibian voices in the aftermath of German colonial rule by Berlin-based artist Ixmucané Aguilar was another highlight, as were Tity Kalala Tshilumba’s ‘The Source’ and “Narrating John Muafangejo’s Story’, a showcase of the artist’s work from the NAGN’s permanent collection.

In 2022, Windhoek saw many murals painted by the ENK Institute for Public Art. The Otjomuise Live Arts Festival also assisted in the creation of the murals. RMB Namibia’s Africa’s Fearless Thinker and Lion Bench, two connected public art pieces that represent courage, diversity and fearlessness, were erected at the top of Independence Avenue.

Beyond borders, The Project Room and the NJE Collective collaborated to co-curate collections from Foibe Amundaba and Lynette Musukubili and Rudolf Seibeb, Jo Rogge, Tangeni Kauzuu, and Michelle Isaak at the Investec Cape Town Art Fair. Tuli-Mekondjo’s ‘Oudjuu wa makipaetu/The Budens of our Bones’ was another international highlight, which was shown at New York’s Hales Gallery on September 8.

The 2022 Windhoek visual art scene is back from the pandemic. It has a few impressive and immersive installations, but it is largely contained on gallery walls. This is a good sign.