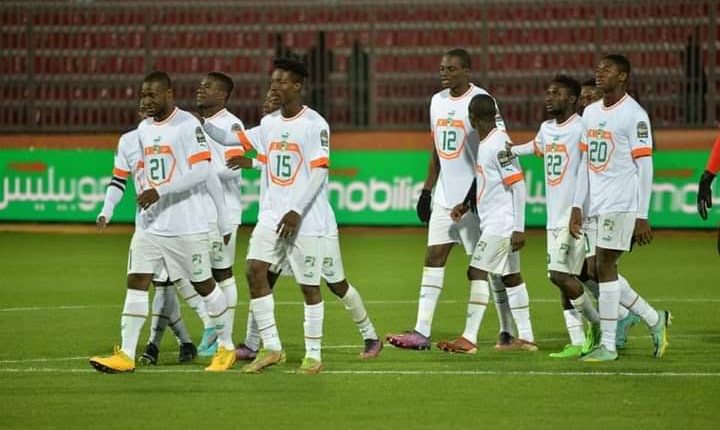 Annaba-The Ivorian defense was able to respond to the weak link in the team’s preparation. She even made it to CHAN 2022 in Algeria, where she is currently the best. She conceded only 2 goals in the initial round. At the beginning of the tournament, she was considered cautious by fans and observers. She showed a more than shining personality. With the complementarity of two players: Siahouné Aziz and Coulibaly Souleymane. Both reached 1.80m and have worn the tunic throughout their careers. Green-White of the Stella Club of Adjamé.

Siahouné, launched by the Stella Club

Both defenders have a similar history. Before reaching their current heights, they have traveled extensively in various Ivorian as well as foreign championships. Siahouné Aziz (29) started playing football on the street in Attecoubé, a town in the municipality of Abidjan. The Stella Club, which is an expert in scouting talent, quickly notices the child.

He began his career there in 2009 alongside players such as Franck Kessié (FC Barcelona, ​​Spain) and Coulibaly Fousseny (Espérance Sportive de Tunis). For six years, Siahouné demonstrated exceptional qualities. He is tough in duels and intractable one on one. He is the supreme Stellar defense player. After trips to AS Tanda (ASI) and ASI, Siahoune landed at Manga Sports in Gabon. Two years later, Siahouné returns to the country but encounters difficulties. He was forced to sign with the ambitious young team from his childhood neighborhood, Lanfiara Sports Attecoubé. He was then in the third Ivorian Division.

You can also read about the same topic here:CHAN 2022: Results, complete schedule and competition schedule

“I needed to recharge myself. The project was perfect for me, as it was the team from my commune. I can now say that the decision was well made. This allowed me to sign at LYS Sassandra, and was therefore eligible for the selection for the CHAN 2022“, he confides after the cleaning of January 23, 2023 at the Annex Stadium of Baraki in Algiers. “Aziz is a shy player in life but with incredible strength of character on the pitch. His performance at CHAN is not surprising to me. He is one of the last minute calls by Haïdara Souhalio. I was very young when he arrived at Stella in 2009. But he quickly established himself. This CHAN can propel him far,” testifies the Beninese international goalkeeper, Aïfimi Christophe Adelbola.

Coulibaly souleymane, star in the 2000 generation

Coulibaly Souleymane’s athletic abilities, nicknamed Varane among his friends and teammates, quickly elevated him to the center of attention. Coulibaly was born in 2001. He is a wonder from this CHAN. He started kicking the ball for the first time in Duekoué, West of Côte d’Ivoire. He was noticed by Foot Revolution, which gave him the opportunity to participate in 2013.

Three years later, the Army Omnisports Society of America (SOA) recruited his services. He is just 16 years old. Despite his precocity, he is not able to win despite having an amazing sense of anticipation and natural leadership. He was loaned out to Zoman FC and then sold to them in the third division. But very quickly, his performances brought him back to the second division at OC Adiaké then to Ligue 1 at the Stella Club in Adjamé, where Siahouné, his current partner in the Ivorian rearguard, played before him. He has been the most frequently used defender at Asec mimosas for two seasons and was an integral pawn of Siahoune’s Ivorian cerber duo at CHAN.

A View on Visual Art – The Namibian