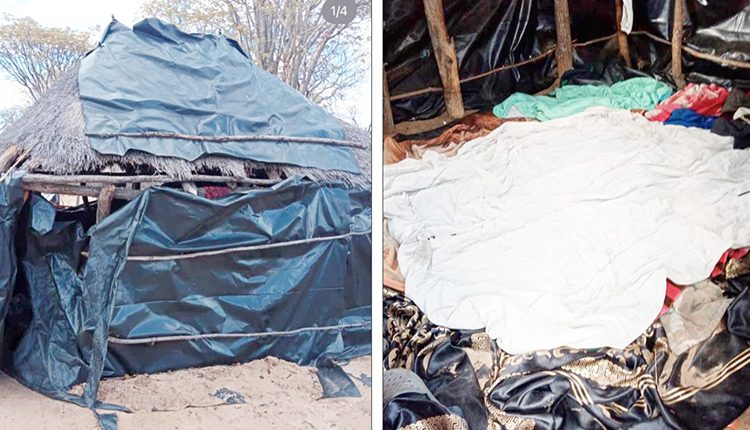 Pupils sleep on ground in huts covered with plastic – The Namibian

Mbururu Primary School, Katjinakatji circuit in the Kavango West Region, has a number of pupils who sleep in traditional huts made of plastic.

The school’s conditions were exposed after photos of the hostel, which was a makeshift school, were widely shared via social media.

The school’s pupils sleep in plastic huts and on the ground, without mattresses. They also cook with firewood.

Pontianus Musore was Kavango West’s education director. He confirmed the dire situation of the school when The Namibian spoke yesterday.

He said that he learned of the school’s dire situation during a visit to a regional school.

Musore said there are 10 pupils who reside in the structures – four boys and six girls.

“These pupils were supposed to attend other schools but their parents refused that their children go far from their homes, so we accommodated them there,” he said.

Musore stated that the directorate intends to build a community hostel to house the school’s students.

“We have a lot of uneconomical schools in the region and that is a challenge as well. There are also few hostels in the region, which cannot accommodate every learner,” he said.

Siteketa Enersiana, principal school, said that only 10 pupils were able to be accommodated in the structures. However, they were supposed to have 43 students.

She stated that the school currently has 117 students from Pre-Primary through Grade 5.

“These learners travel 13 kilometres to school every day and that is why we are trying to accommodate some at the school. We have two traditional huts and one corrugated iron sheet room,” Enersiana said.

She stated that the students who were accommodated at these structures were admitted to schools further away. Some of those schools are unable to accommodate pupils below Grade 4.

“The decision to accommodate them came up when we held a meeting with the school board and the parents. We agreed to continue to accommodate them here. Our situation was only known by the previous acting education director, but Musore was not aware of it,” she said.

The school has five teachers, and is located approximately 46 km from Tondoro village which is approximately 30km east of Nkurenkuru.

“At the school, we only have two permanent structures and three corrugated iron sheet rooms. Grades 2 and 3 are taught in the same building,” Enersiana said.

World Cup 2022: how much are referees paid in Qatar?