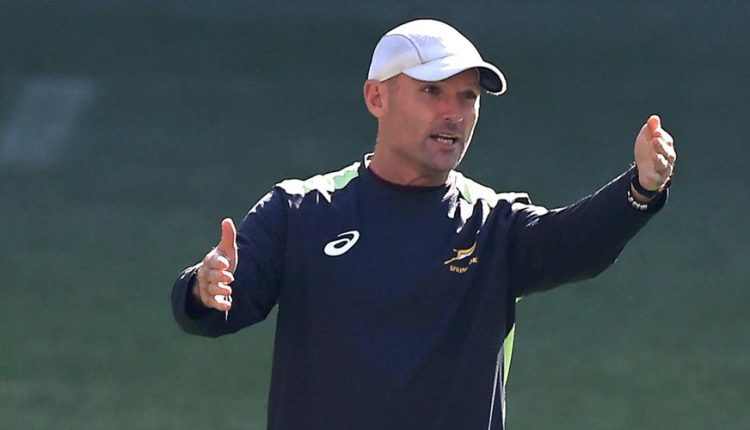 After the loss to France at the Vélodrome, South African rugby boss Rassie Erasmus railed against refereeing on social media. It earned him a World Rugby suspends two matches. The latter believes that all communication between the officials, coaches and other staff members must be kept confidential. Jacques Nienaber is the coach for the Springboks. The former did not hesitate to discuss it at a press conferee before facing England this Saturday.

” We don’t have the time to discuss it, unfortunately. However, we do know the facts and share them with the other players and the group.Nienaber spoke out. He believes that his status prevents him from making certain information public. Because it is protected by confidentiality rules. He adds: I believe people would have a different opinion if all the facts were available. “.

Nienaber demands respect from his team

Jacques Nienaber is not content to stop there. The 2019 world champion coach for South Africa, Jacques Nienaber, also answered questions about his team’s style. Some observers find it too defensive.

” We can’t control the media narrative that says we’re boring. We don’t attack we just kick-and-tackle. I don’t know if we’ll ever be respected, but as long we are comfortable with what we offer here and the goals we are trying to achieve, and are open and honest with one another as a group, I don’t think we will. adds Jacques Nienaber. That is what it is.

Haven Zoological Park introduces markets to save zoo – The Namibian