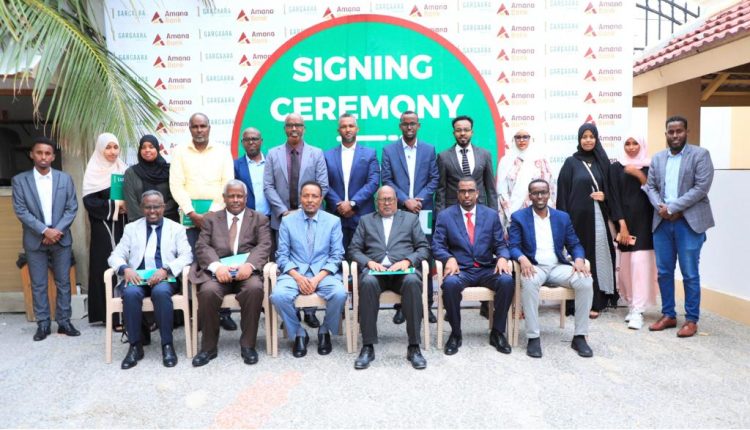 These organizations are funded through the World Bank. Today, Thursday September 22, 2002, member governments signed a financing agreement with Amana Bank. Amana Bank will provide this funding to Farmers, Fishermen, Livestock, and Renewable Energy traders.
Gargaara currently manages USD40 million. USD 26 million of this is targeted at small- and medium-sized companies. The money is invested directly into the banks. The money is not given as a donation, but rather an investment to be able to give it back to others and reach many other countries. The experience, integrity, and credibility of the people who will be investing in them will be assessed.
The agency conducts a systematic evaluation of all banks that are financed. This evaluation evaluates the bank’s efficiency, growth potential, administrative, financial, and financial performance. Banks are paid by installments.
Amana Bank has been awarded a good rating by the Authority to deal. Amana has the experience, management and trust necessary to manage this money. This led the Aid Board to agree to sign this agreement.
The director of the Ministry of Finance, Mr. Suleiman Sheikh Omar, who made a brief statement, said, “The goal of this investment is to focus on the people of the backbone production, such as women and young people who have not had the opportunity to invest before in order to grow the economy of the country at this time.” Suleiman Sheikh.

Suleiman Abdi Duale (Director of GARGAARA) explained the importance of the project and its benefits to our nation and thanked the Government of Somalia as well as the World Bank for their support.

“This agreement is the fourth that Gargaara has signed with the country’s banks, as the previous one was signed with Amal, IBS and Premier banks. The agency is expected in the coming months to sign agreements with other banks. It is also the first time that agreements are entered into with microfinance organizations so that the poor people can get funding,” said Mr. Suleyman Abdi.

It is important to note that while 80% of Somalians depend on livestock, agriculture, and fish, they don’t have much investment. The aid agency works to encourage banks to finance the production in the country. 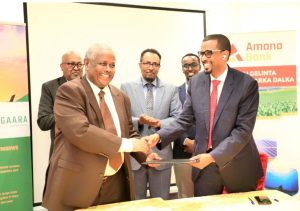 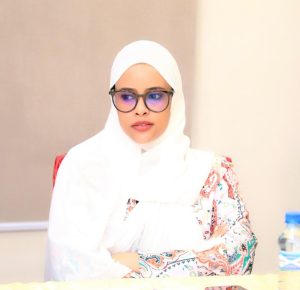 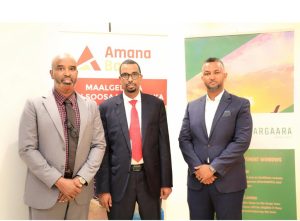 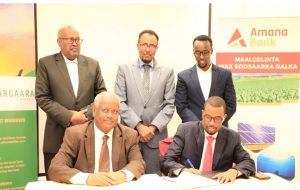 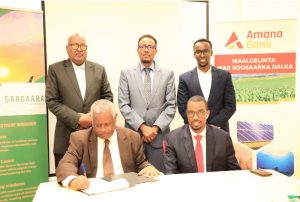 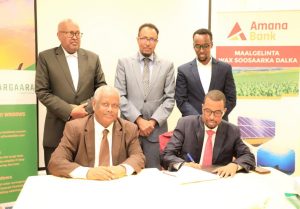 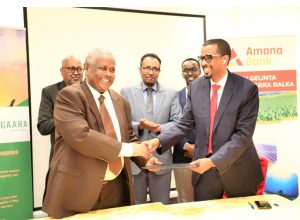 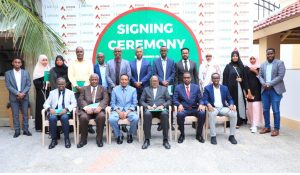 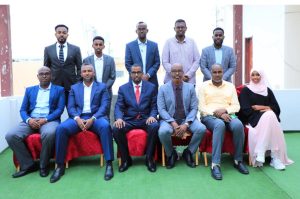