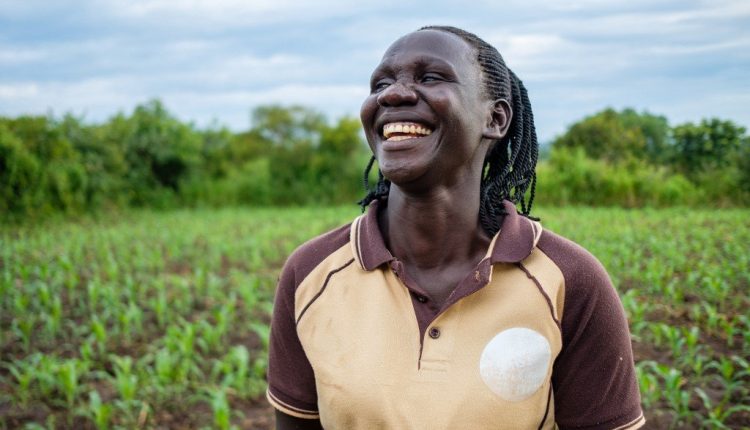 This year’s AGRF is probably the most significant since the Covid-19 pandemic, which not only heavily affected the 2020 and 2021 editions of the AGRF, but also the 2021 UN Food Systems Summit. Covid-19 is a clear reminder that reforming our food system is essential. “Building back better” will not be enough; we need to rethink how we produce, distribute and eat food, and to do this, African political and business leaders must think and act differently, and be willing to set different agendas that transform their food systems.

The 2022 State of Food Security and Nutrition report paints an alarming picture of Africa’s agri-food systems transformation efforts. Despite unprecedented efforts of African heads of state or government to drive regional change through country Comprehensive Africa Agriculture Development Programmes, (CAADP), the report shows that 35m more people were suffering from hunger in 2020 than in 2019, prior to the Covid-19 outbreak. An additional 15m will be affected in 2021.

The report further shows that 20% of Africa’s population was facing hunger in 2021, compared with 9.1% in Asia. The population most affected by hunger has risen in Africa, compared to other continents. This is a serious concern and should concern everyone.

Africa faces other crises in the midst of the Covid-19 crisis.

First:Increasing temperatures and changing precipitation patterns threaten Africa’s food and water security. The El Niño-induced drought during the 2015-16 cropping seasons across the Southern African countries led to higher-than-normal temperatures and erratic and low rainfall. The 2019 floods that devastated the Horn of Africa, the invasion of desert locusts by Eastern Africa in 2019-20, and the looming climate-induced famine here in the Horn of Africa have all made Africa a hot spot for climate variability, climate impacts, and climate vulnerability.

Second: Around 2019, there came the rise in oil and gas prices – that saw a surge in crucial food commodity prices that saw an over 89% increase in price of major cereals and about a 109% in rise in fertiliser prices all just in 2 years.

These crises have greater consequences and Africa and its leaders must take a different approach. We are now witnessing the largest cost-of-living crisis in a generation, and people’s capacity to cope is diminishing.

Real incomes are falling and the countries’ revenues and ability to respond are declining. These changes are pushing citizens and could possibly lead to social unrest in many countries.

We need to act immediately

The impact of these crises on existing vulnerabilities in Africa’s agri-food systems could be heightened unless mitigating actions are taken now to safeguard Africa’s food security and speed up the recovery of the agricultural sector.

This is the time for governments to consolidate and leverage existing structures, frameworks, and processes. They should also strengthen the CAADP process by adopting an integrated view of food system transformation that goes far beyond the current CAADP ambitions of agricultural growth and transformation.

National governments must adopt a holistic, integrated approach to food systems. We are starting to see some countries, such as Ethiopia, Ghana, Malawi, and Rwanda, making this shift in their food system plans and strategies after the UN Food Systems Summit. This is important because these crises have taught us a crucial lesson: food systems cannot be compartmentalized. Multi-sectoral and multistakeholder coordination will be vital in tackling future pandemics.

Many African families are feeling the pinch. The cost of a daily meal is becoming a major challenge for many households in Africa, as their household budgets shrink. FAO estimates that 53% of income from poorer households is spent on food, compared to 20% from richer households.

Poorer households spend 16% of their income on housing, while 4% goes on transport. Families are unable to send their children school and the poorest families, particularly women and girls, are the most affected.

Turning crisis into an opportunity

There is a widespread belief that Africa blames the US and other Western European countries for the sanctions against Russia. This is because they are the ones responsible for Africa’s food insecurity. In fact, Africa is blaming itself for allowing itself to be dependent on the rest of the world for food imports – a phenomenon Africa can change.

Africa should use this opportunity to produce its own food, and export it rather than relying upon the rest of the globe for food imports. Ethiopia can, for example produce enough wheat to feed itself, rather than spending $0.7bn per year to import wheat from Russia, Ukraine, and Ukraine.

While we appreciate the short-term and long-term solutions being offered by international organizations such as the World Bank and the African Development Bank, African leaders should use this crisis as a wake-up call and opportunity to act differently.

Africa will be better prepared to face the next crisis by prioritizing structural transformation that is inclusive, resilient, and green.

Boaz Blackie Keizire is head of policy and advisory at AGRA, the farmer-centred, African-led institution that is transforming Africa’s smallholder farming.