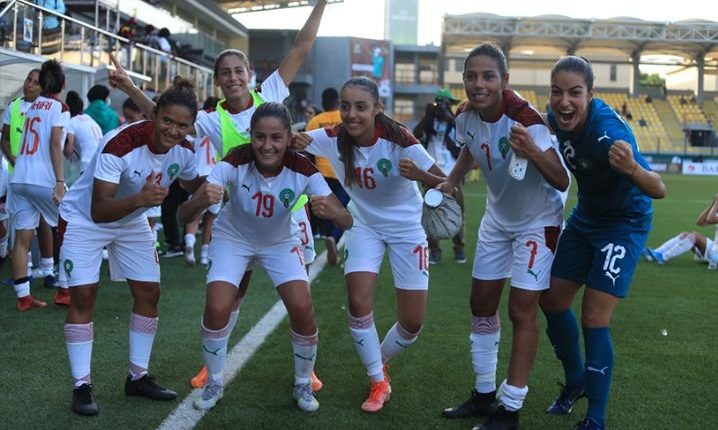 Women’s football in Morocco, a bet on the way to success

Morocco hosts the 12eedition of the women’s CAN. The kick-off will take place at the Stade Moulay Abdellah, Rabat. The Atlas of Reynald Pedros’ Lionesses will be in Burkina Faso for the opening match. This event is a great way to bring out the Cherifian Kingdom’s football fans, who number in the millions.

Women’s football is growing in popularity, even though it was still a slow sport a few years back. The U17 World Cup qualifier has been awarded to the small category. It will take place in October in India. Team A now includes many professional players who are playing in European clubs (Rosella Ayane Salma amani, Elodie Nagach, Imane Soud ). This turnaround can be attributed to the Royal Moroccan Football Federation (FRMF). Today, expatriates don’t hesitate to travel to the selection because of the conditions for accommodation, the quality infrastructures, and, above all, the programs designed to face other teams in Africa and Europe.

Morocco is still one of the African countries that plays the most friendly matches during breaks. It has a championship standard that improves every year. To strengthen themselves, the D1 and D2 teams are looking for talent outside of the Kingdom (Mali, Senegal Burkina Faso Ivory Coast, Senegal, Burkina Faso etc.). This success, women’s football also owes it to Faouzi Lekjaâ, boss of the FRMF. Former president of RS Berkane, Faouzi Lekjaa was a champion of women’s soccer and the small category. To be eligible for financial support from the Federation the Federation requires clubs to create U15 and 17 teams. Women are playing football in remote areas and receiving better media coverage than at the beginning.

“Moroccan football, particularly women’s football, is experiencing a great evolution thanks to the efforts of the FRMF, national and regional technical departments. Training, education programs such “sport-studies”, as well as the provision of high-end infrastructure.Ilyas Kaadoud is the coach of Tihad Athletic Club women’s football. For the young coach “The organization of the AFCON 2022The qualification of the U17 Women’s World Cup team and the bronze medal of AS FAR LDC CAF are just a few of the many achievements and the beginning of a new era in African women’s football.. Kaadoud is still lucid because teams are still ahead across the continent, such Cameroon and Nigeria, but Kaadoud is not.

Despite these infamous performances and the“New Marshall Plan” It will take years to reach this level. The FRMF boss has multiplied the budget allocated to women’s football by 6, which is 5.8 million euros (60,000,000 dirhams). Even though the clubs don’t want to question the support, it is still not enough to allow them all the costs of a season. Some players have reported difficulties with transport and very low remuneration. However, the current situation is better.

The minimum salary for a Senior player in a D1 club today is 3,500 dirhams (approximately 350 Euros) compared to 260 euros for a player in a D2 club. The D1 clubs get 120,000 euros and D2 clubs get 80,000. Morocco would do better in disciplining than some European countries. This is the opinion of a young coach. “It may be a bit surprising, but if we compare the economic investments put into women’s football, those of the FRMF are above those of some countries in Europe. The Moroccan championship in both divisions is a professional championship. All speakers are paid, but some European championships are still amateur.Kaadoud explains.

“The problem, for lack of education and commitment of some stakeholders, these investments cannot be visible. What needs to be improved most is the human factor: coaches, league leaders, and players.The young coach continues. For Kaadoud, “The development of women’s football at technical level will be directly affected by improvements in management and performance.”.

D2 players also have their opinions on the subject. “It’s the second consecutive season since the entry into force of professionalism, but amateur reflexes always come back in terms of management. Apart from AS FAR and the Municipal Club of Laâyoune which have resources, we can say that all the other D1 clubs are living with financial problems. This is also true for D2.This is how the anonymous player explained his decision to remain anonymous.

Despite these hiccups however, discipline is slowly moving forward. Further changes will be implemented starting in the 2022/2023 season. D1 coaches must hold an A license. They can practice with a B license. The League requires clubs to hire a woman (with B license) as an assistant coach if the main coach of the team is a man. .

The FRMF aims at bringing the number of practitioners up to 90,000. By 2024, the objective is achieved. At this stage, it is difficult to provide figures. The observation is that women’s football continues its growth. The CAN will undoubtedly be a boost for the discipline and allow other teams the opportunity to compete with AS FAR. However, the human resource component should be given the most attention to manage the teams better and combat sexism in their environment.).

The complete calendar of Women’s Can 2022:

UN Advisor Stephanie Williams to remain in office at least for one more month; delay in appointment of new envoy – The North Africa Post