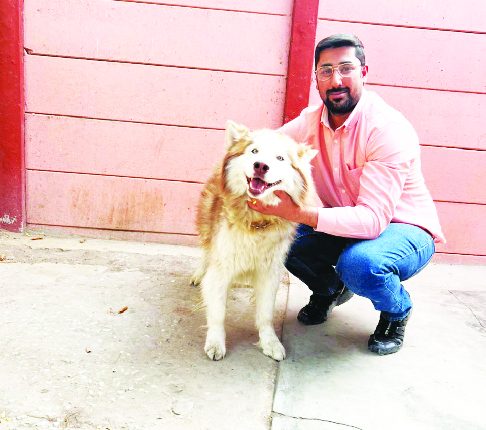 ‘He was very tired’ – The Namibian

“We are happy that nothing happened to our dog,” says Dr Romal Vaida.

Vaida told The Namibian yesterday that the husky escaped from the house on Tuesday afternoon, after the gardener had left the gate open.

“The gardener told us the dog had run out. We searched for him but couldn’t find him because it was getting dark. We posted about our missing dog on social media and contacted SPCA Oshana on Wednesday.

We saw a post from one of the media houses about the husky that was causing trouble at Ehenye. It was only later in day. We communicated with the police and we drove out to get him,” explained Vaida.

“When we found him, he was not harmed physically. He was tired from running around and hiding from the chasers. We are glad he is safe and sound back home. I would like to thank the media, social media, the police and the SPCA, as they all played a role in ensuring that Hachikoo was safely back home.”

Vaida said he understood the reaction of locals as they are probably not used to seeing huskies.

Hachikoo was attacked when community members, many of whom were only seeing his breed for their first time, concluded that he was one wild animal associated witchcraft and superstition. The wild animals are said to be responsible for mysteriously executing goats.

Members of the Ehenye community used stones and sticks to chase the terrified dog and keep it from fleeing. The police were called and assured the crowd that the dog was a dog.

The incident caused a stir on social networks.

“The poor dog must have been traumised.”

“This [is] just embarrassing, those people need to be educated about various dog breeds.”

“That husky will need serious counselling, otherwise, it will never leave the yard, forever,” read some of the comments.

The Namibian learned that this was not the first incident. A second husky was also shot after it caused a stir in 2010.

Oshana SPCA was thankful that the husky was safe.

“We are glad that the husky was found and uninjured, but he was very scared and confused. We would like to advise the community that if they find any animal that is lost, injured or being abused, they must call the Oshana SPCA on 0812288889,” said Wilmarie Horn of Oshana SPCA.