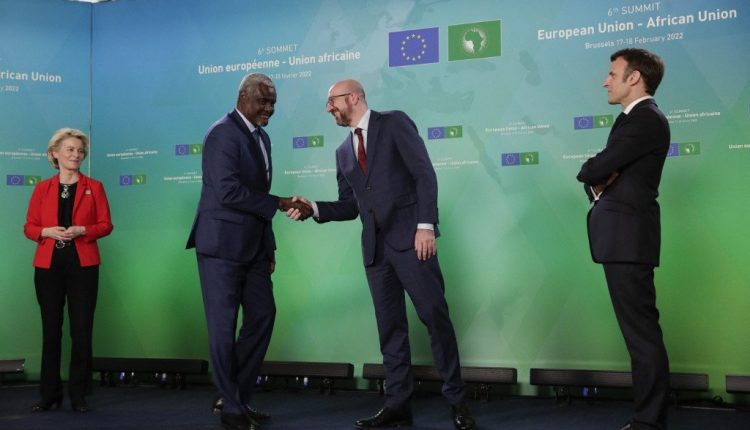 EU’s summit pledges to Africa fall short, but all is not lost – African Business

Last month, a much-publicised summit took place between the EU and AU, ostensibly to chart the two regions’ relationship for the next few years. The summit, postponed for a full year, was the sixth of a series that began in 2000, the same year as the China-Africa summits.

The unusual feature of this summit, however, was the first ever commitment from the EU to spend a specific sum of money in African countries – €150bn ($168bn) – over the next seven years – that’s close to $25bn a year.

Exciting times perhaps, especially after headlines on the China-Africa summit, held two months prior, which focused on an “underwhelming” $40bn financial commitment from China over three years (these headlines were wrong – see my analysis of the summit outcomes ). The European side hoped to close the summit feeling closer to Africa than ever, even versus China.

The problem was it didn’t. The next steps will be difficult, especially for the European side. But first, why didn’t the EU emerge “winning”, despite the big money pledge?

Very little to no progress

Before the summit, African commentators and experts focused on three questions.

It is possible that, in preparing for the summit the European Commission spent too many hours coordinating member states around the financial promise, causing other issues to be overshadowed. It is clear, however, that translating the broad demands above into a clear, unified position through African Union bureaucracy was a challenge.

That said, even where there were clear African demands – such as on a waiver to enable transfer of intellectual property for local vaccine manufacturing – the summit made little to no progress. Contrast that with the announcement at the China-Africa summit prior for 600m vaccines plus 400m locally made vaccines.

What’s next for the EU? And African countries? The European side now has three options, as many African needs and aspirations are still unmet.

1. Make the financial promise a reality

First, Europe should strive to make the financial promise a reality. This will be a challenge, not only because the pledge is very broad – for instance there is no clarity on what proportion is public or private, or a division between sectors it will focus on – but more because of fundamental internal changes it requires.

As mentioned earlier, the EIB, as well as many member states’ banks and firms, already has a footprint in Africa, but it is either fairly small, or where there are larger financial investments they are skewed towards natural resources and extractive industries.

However, Asian counterparts like Japan or China have delivered infrastructure. This is partly because institutions that European money flows into such as the World Bank, Germany’s KfW or France’s AFD are risk averse and inadequately organised to deliver on regional projects (even in the exciting digital arena) or more focused on policy-related lending. Being laissez-faireEven if the financial pledge is not made, it will be considered. ex-postYou will not be monitored.

Second, Europe should work hard to rebuild trust. This includes its approach to intellectual properties and other issues, such as migration. The opportunity on vaccines was there, yet kicked across to Geneva’s World Trade Organisation. As important as managing refugees is expanding legal migration pathways.

We will closely monitor the actions of Europe in international forums as well as domestically over the next few years to see if there are any real shifts.

3. A review approach to trade

Third, Europe will need to review its trade policy. This was not the case at the summit, even though the AfCFTA was acknowledged. But the fact remains that Europe’s Economic Partnership Agreements as a bilateral mechanism are divisive and not delivering balanced trade for Africa. The EU would be able to explore a continental-wide preferential trading agreement to show that it recognizes the need for addressing imbalances.

What can Africa do to help?

Can Africans also take action? Certainly. Africans should immediately put in place an independent African entity to assess progress on the agreed outcomes of the summit – especially the new financial pledge, perhaps via some sort of “EU-in-Africa” monitor. Africans should continue to push the ideas mentioned above, which will help fulfill the summit’s intentions.

We can look to Europe’s own policy vis-à-vis other countries to find ideas. For instance, the EU itself seeks to establish geographical indications in markets such as China to raise the value of its own trade – Africans can do the same with respect to both the EU and Chinese markets.

If we don’t articulate our demands, we will never get them. Even if the summit didn’t bring the two regions much closer together, the potential for a transformed and more equal relationship remains.

Hannah Ryder, CEO of Development Reimagined is an African-led international consultancy with a base in China.

WHO Director-General’s Opening Address at the World Health Assembly –…

Department of International Relations and Cooperation…

Shame on you – Geingob – The Namibian