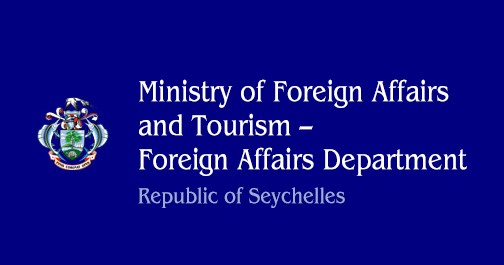 H.E. President of Angola, Mr Claude Morel, presented his Letter of Credentials. Mr João Lourenço, as Seychelles’ non-resident Ambassador during a ceremony at the presidential palace in Luanda, on Friday 20th January 2023, in the presence of the Minister of External Relations, Mr Tete António.

The President accepted the greetings of friendship on behalf of President Ramkalawan, and noted that he had previously met him at the Abu Dhabi Sustainability Week.

The meeting focused on the parameters for further strengthening relations between the countries. The new General Cooperation Agreement will provide a platform for mutual exchanges in the areas of tourism, fishing, aviation, environmental protection, and management. A visa waiver agreement between these two countries is being finalised.

Collaboration in both the international and regional contexts was also discussed, especially within the contexts of the SADC agenda to regional integration. Angola will assume the chair of SADC in August during the organisation’s summit meeting scheduled in August in Luanda.

VATICAN – Pope Francis: Those who proclaim the Gospel of Jesus cannot be sad