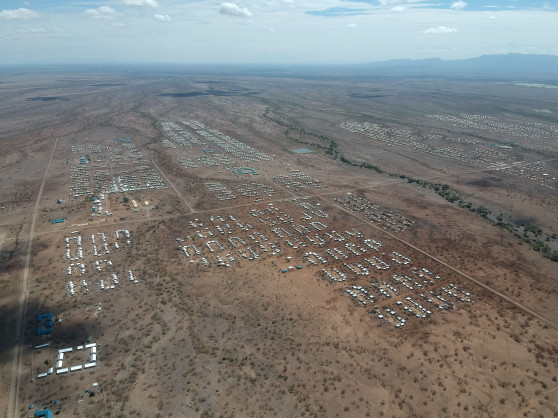 Renewvia, Okapi, and Okapi will jointly design, finance and instal a scalable, innovative, solar minigrid that expands power access from 200 to up to 15,000 people within the KakumaIII section of the refugee camps. OkRene Energy will only provide power to Kakuma III under a 20-year licence.

Renewvia will provide the expertise, experience and funding necessary for the joint venture to deliver a successful service. Okapi will be responsible for the operation and maintenance, as well as the training of local workers to support grid and power generation.

The project is expected be completed in one year. The first phase will consist of building the infrastructure and expanding the grid to serve 15,000 customers. As demand grows, the installed capacity will increase.

Kakuma Refugee Camp was established in 1992. It is located in the north-western region of Turkana County. It is divided into four sections (Kakuma I – IV). The camp is managed by the UNHCR, UN Refugee Agency, and the Kenyan Department of Refugee Services (DRS). The Kakuma refugee camp is home to over 19 nationalities, with 54% of its population coming from South Sudan. The OkRene Energy minigrid will be a benefit to households, micro- and small-scale businesses, schools, and other social institutions.

Okapi Green Energy Ltd was founded in 2018 by Vasco Hamisi, a resident from Congo who arrived in Kakuma as a refugee in 2010. In 2021, the company received the license to operate within the camp. The United States African Development Foundation (an independent United States government agency), partially funded the first phase of 200 clients’ connections. This was commissioned with Renewvia in mid-2022.

Vasco Hamisi, Chief Executive, Okapi Green Ltd said, “The majority of our community, to date, has had to rely on expensive, unstable and unreliable sources of power. We initiated the first step towards changing the world by connecting 1% 200,000 people in our first phase. Energy is an essential component of economic growth. It forms the basis of socio-economic development. Access to energy is essential for basic and vital services. This next phase will be transformational”

Commenting on the alliance, Trey Jarrard, CEO of Renewvia, said, “Working with a skilled and capable local partner in displaced communities exponentially increases chances of success for scalable power projects. Okapi Energy is able to efficiently build and operate a minigrid network, connecting the community reliably and supporting the economic needs for those living in displaced situations. Renewvia is enthusiastic about expanding the relationship with Okapi Energy and replicating the structure in other displaced settlements and camps”.

About Renewvia
Renewvia Energy Corporation, a top 500 Global Solar Developer, is based in Atlanta, Ga. It designs, builds, owns, operates, and maintains commercial and community-scale solar power systems across three continents. With a growing presence, the company entered Africa in 2015. The company’s Rural Microgrid Development and Operation Model is designed to scale reliable power in areas that are either unserved by conventional utilities or ineligible for grid extension. Visit: www.Renewvia.com.

About Okapi Green Energy Ltd.
Okapi Green Energy Ltd., a for-profit venture that generates and distributes solar power in the Kakuma refugee Camp, is an enterprise. The company is a Resilience Action International (RAI) subsidiary. Okapi Green Energy Limited was registered in 2018. It is a limited-company whose main mission is to generate and distribute solar power electricity through a solar minigrid system in Kakuma refugee Camp. The company provides reliable, affordable and reliable electricity access to households and entrepreneurs in Kakuma refugee camps. Its primary focus is on improving the quality of life and increasing productivity.

“It is time for U.S.A. to designate Algeria a State Sponsor of Terrorism”, Says Ex- U.S. Attorney General – The North Africa Post