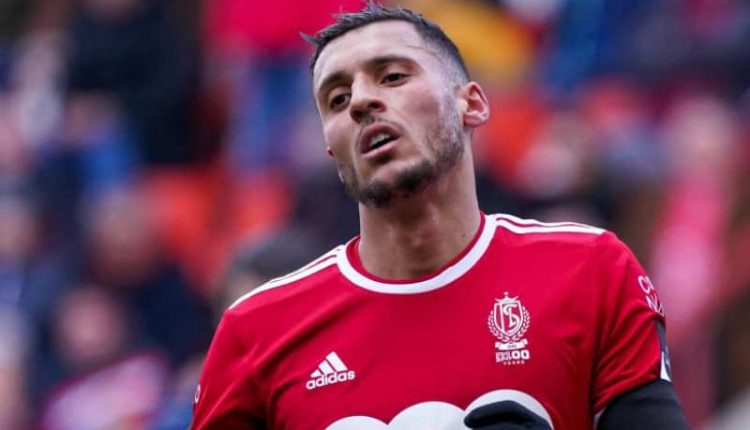 Since the beginning of the season, Selim Amallah has only had one bright spot: the World Cup with Morocco. Otherwise, he struggles with Standard de Liège. He was the club’s most consistent player in recent seasons. However, he was not willing to renew his contract and was removed from the pro team. The club’s winter transfer window, which is closing soon, does not help their situation at the moment.

Selim Amallah is not present. Yes, the midfielder from Morocco played in the 2022 World Cup alongside the Atlas Lions. But that’s all he’s been able to get into since September. The 26-year-old was dismissed by Standard de Liège, where he has since played with the U23s. Sellim refuses to extend his contract in June 2023 at the end. It’s a paradoxical sideline from the MoroccanHe started the season with 4 goals and 1 assist in 9 games.

The Belgian club is not going to change its tune. In an interview with the Belgian media, Standard’s president was formal. “He doesn’t want to play a player that will make another club happy. Standard will not do the job for another club. It’s not our responsibility to create value for players who leave for free. Selim Amallah will join the club reserve along with three other players. We won’t do any thing to increase their market prices. “, confessed Pierre Locht.

Supporters get involved in “Free Amallah”

Selim Amallah, semi-finalist at the 2022 World Cup in Morocco, was undoubtedly hoping for a more turbulent and exciting transfer window. But, it is clear that his fellow midfielders in Morocco, Ounahi or Amrabat are more in demand. Nantes, the Standard player, came to the information just like the Torino according. Transfer window. The waters have been tested by German clubs. But, there is not much concrete information at the moment. The contenders have stopped rushing to the gate, while the Belgian club is waiting for 500,000 euro this winter to let go.

This conflict also made the Liège supporters react. The latter have launched a “Free Amallah” petition for him to rejoin the professional group. Selim Amallah doesn’t know his future just seven days before the close of the transfer window. It will close on January 31, 2023. If interested clubs do not wait until June 2023, they will not be able to sign him without any contract.

⚽ Despite his great World Cup with the Atlas Lions, Selim Amallah is struggling to find a way out of his complicated situation at Standard de Liège.#lionsofatlas #world Cup #Qatar2022 https://t.co/xY12DyPDwS pic.twitter.com/NCCFSdlPba