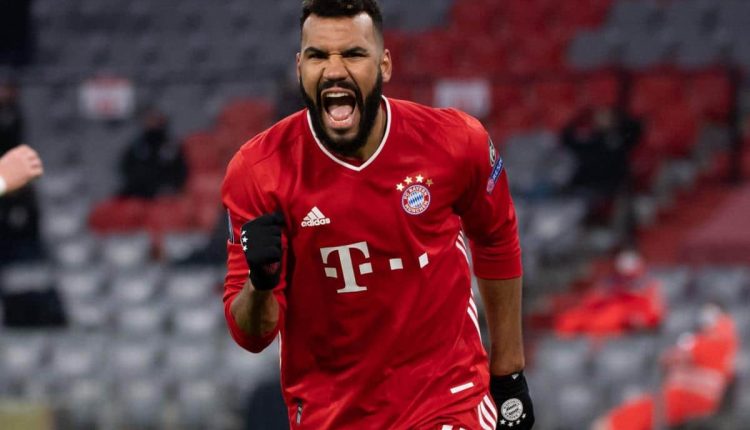 In Italy(19th day) Victor Osimhen, another scorer in the victory over Naples (1st) at Salernitana continues to shine through his efficiency, while Ademola Lookman follows the same path. Atalanta Bergamo striker, 5th, scored his 10th and 11th goals in the draw in Turin against Juventus (3-3).

Germany (16th day) Bayern Munich (1st), drew at RB Leipzig (-1), thanks to a goal by Eric Maxim Choupo–Moting from Cameroon. FC Cologne (11th), crushed Werder Bremen (7-1), with a double goal from Tunisian Ellyes Shiri, while Stuttgart (16th), was hung on its grounds by Mainz (1-1), despite the goal of the Guinean Serhou Guirassy.

In Belgium Charleroi (13th), who won the point of the draw at FC Bruges (2-2) with an achievement by Senegalese Youssouph Bajji, was the 22nd day. La Gantoise (4th), won in Saint-Trond (3-3), thanks to a goal by Moroccan Ibrahim Salah. FC Mechelen (12th) beat Kortrijk (14th), whose goal was scored by the Algerian Abdelhakkadri.

In Israel(18th day) The Ghanaian Zakaria Mogeese scored one goal of Ashdod (5th), and was crowned the winner of Hapoel Hadera (2-2) away.

In SwissThe championship resumed on the 17th of the month. FC Lugano (2nd), consolidated their second-place finish at Sion (3-3), with a new goal by Mohamed Amoura, Algeria.

Turkey (20th day), Trabzonspor (5th), defending champion, easily beat Istanbulspor (4-0), thanks to a goal by the Egyptian Mohamed Hassan Trezeguet. Sivasspor (16th) beat Gaziantep (2-1). Malian Mustapha Yatabaré took the opportunity to score his third goal of the season in the league. The ninth in all competitions. Adana Demirspor (6th), was hooked by Giresunspor (1-1), despite the goal of Senegalese Mama Alioune Ndiaye.

France There was no championship day. We were playing in the round 16 of the Coupe de France. Toulouse (Ligue 1) beat AC Ajaccio (2-0) with a goal scored by Moroccan Zakaria Abuoukhal. Auxerre was in trouble in the league and qualified (4-0) in Niort L2 with a goal from Nuno DaCos of Cape Verdean. Lens (1-3), defeated Brest despite a goal from Algerian Islam Slmimani. Finally, Lorient, who opened the scoring thanks to Malian Ibrahima Koné, qualified in Bastia (L2). However, after a draw at end of regulation time, Lorient qualified in Bastia (L2) at the end.

AFRICA/RD CONGO – The good seed and the fruits. The long path of Christian proclamation in the Land of the “Mighty River”