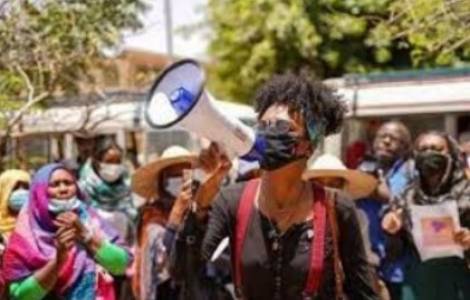 Karthoum (Agenzia Fides). The food crisis that causes hunger deaths (see Fides10/10/2022) in large parts of the troubled country is exacerbated in Wad El Mahi (region of the Blue Nile) and Lagawa (West Kordofan). Six people were reported to have been killed and dozens more injured in tribal clashes that erupted in En Nehoud (West Kordofan) between November 19-20.
On September 21, the warring parties signed an agreement of reconciliation. In Wad El Mahi, however, violence between the communities reopened on 13 October.
“As fighting continues to, at least 1,200 people are displaced, 170 confirmed people have died, and 327 people have been injured,” the United Nations Office for the Coordination of Humanitarian Affairs said in an update.
A group of women joined other human rights groups to stage a sit-in in front of the UN High Commissioner for Human Rights (UNCHR), Khartoum, amid the protests. The Strategic Initiative for Women in the Horn of Africa and the “No to Oppression of Women” Initiative were among the participants. They also presented a memorandum to the United Nations Commission on Human Rights. This condemned the inability of the authorities to stop the conflict and protect the population of the two areas.
Protesters also demanded that the United Nations press the military junta into handing over power to civilians. They also asked for security forces to protect people in Sudan. According to local sources Awatif Abdulrahman, chairperson for the displaced women Darfur, stressed that a comprehensive political deal must be reached that does not exclude any political parties, rebel movements, or refugees.
Jamal Nasir, Minister of Health in the Blue Nile Region, warned that there is a serious health problem due to inadequate sanitation facilities in schools used by displaced persons as shelters.
Sudan has been without a government from October 2021, when the army dissolved Prime Minister Abdalla Hamdok’s transitional government and declared an emergency. Political forces denounced this decision as a’military coup. (AP) (Agenzia Fides, 29/11/2022)