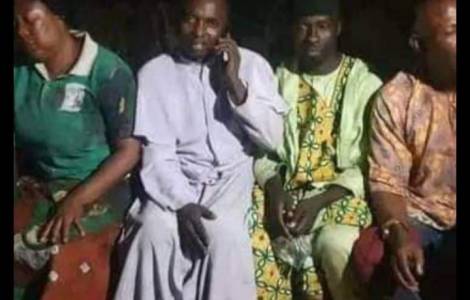 AFRICA/NIGERIA – Father Ochang and members of St. Jude’s Society kidnapped on November 24 have been released

AFRICA/NIGERIA – Father Ochang, members of St. Jude’s Society and others kidnapped November 24th have been released

Abuja (Agenzia Fides). – “Father Peter Abang Ochang, his companions, were released on Saturday morning, November 26.” They are fine,” said Fr Peter Abue (Viccar General of Ogoja), confirming the release Peter Abang Ochang. He is the parish priest of St. Stephen Roman Catholic Mission Church in Ogoja Diocese, Cross River State. The priest, along with five members from the St. Jude Society, was abducted on November 24, in an area of Nasarawa. The priest and five members from St. Jude’s Society (three men and two women) were traveling to Abuja to take part in Church initiatives when they were attacked by a group of bushmen.
The kidnapping of priests
Religious crimes have been a problem in Nigeria for some time. The number of priests being kidnapped appears to be increasing this year. Father Abue says that Father Peter Abang Ochang’s abduction and that of his companions was not the result of an act specifically targeting the Catholic Church. “I don’t believe Father Peter or his group were targeted because there is a priest among them. It was an accident. The bandits operating that area fell upon them and took them. What happened to Fr. Peter could have happened to other people.
“Unfortunately, banditry is rampant in this area,” concludes the Vicar General Ogoja (L.M.). (Agenzia Fides, 29/11/2022)