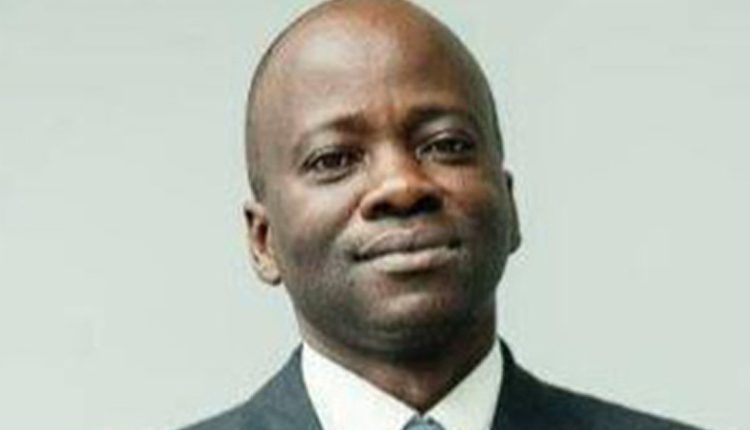 Congress will be fair – new election chief – The Namibian

Joshua Kaumbi, the new Swapo election chief, has pledged a free, transparent, and fair election process at Congress which will determine the ruling party’s top leadership over the next five-years.

Kaumbi replaced lawyer Sisa Namandje who counted votes at various Swapo congresses for over 13 years – a role that allowed him to set the rules and count ballots for would-be party (and thus state) presidents.

“The delegates, voters, and the rank and file should be assured that we will ensure that this election is not only conducted in an impartial, free, fair, transparent and credible manner in line with the party constitution, rules and procedures, but that the process thereof also be seen to speak to those elements,” he said.

Kaumbi, who was reaffirmed as the Swapo’s electoral chief this week, stated that he is certain that he will deliver an effective election that will end any material doubt.

He stated that he will have three assistants, two of which are senior lawyers and one chartered accountant, as well as close to 20 support staff.

“I am alive to the expectations,” he said.

Kaumbi supported president Hagegeob’s presidency. This was seen by some to be sucking up.

“All things being equal president Geingob, notwithstanding the persistence of the unexpected headwinds and independent intervening variables, has proven to be a better shepherd, in addition to being a continuous inspiration to the nation. He never failed to show up for work, despite losing close associates, comrades, friends, fellow citizens and relatives,” he wrote in an opinion article published two years ago.

He has supported Geingob’s second term in the past.

Kaumbi also wrote an opinion article about the congress in September of this year titled “Play the ball for the sake of 2024”.

The Namibian was informed by Kaumbi that he is fully aware of the expectations for his role as electoral chief. “I’m determined to see it through to the best of my ability knowing fully that it is not a light assignment.

The majority of camps were working their final shifts in order to secure voters.

Peya Mushienga, the campaign manager for Pohamba Shifeta as Environment Minister, said that he is confident that Shifeta would prevail at Congress.

“Our appeal to our supporters is that let us read documents to make meaningful contributions to discussions on issues affecting our nation. Let us remain focused and disciplined and always remember that Swapo is larger than its individual members,” Mushelenga said.

Kaire Mbuende (campaign manager for Netumbo Nandi Ndaitwah, deputy prime minister) told The Namibian yesterday she is confident that the campaign will win at the congress, and that it has the support from more than 51%.

He stated that the delegates have heard their campaign message about the future of the country and the transformation of the economy.

“We are quite confident that we have the numbers to deliver the vice president. [At] our last count, which was not complete, we were over 51%”.

He stated that it would be a historic congress, especially since the party came from a national election in which it was badly hurt by opposition parties. It lost 14 seats at the National Assembly and several other local authorities.

Prime minister Saara Kuugongelwa-Amadhila’s campaign team did not respond to them yesterday.

However, her message to delegate is contained in a newsletter distributed via WhatsApp.

“I am at your disposal to serve with diligence and commitment in the mandate of the vice president of Swapo. Please entrust me with the opportunity to fulfil our collective desires for our party and the broader citizenry of our beautiful country,” she said.

Some candidates’ lists contained officials who were purportedly aligned with certain camps.

Frans Kapofi, the defence minister, claimed that the information was fake news.

Iipumbu Schiimi, finance minister, and Sebastiaan Karaupu are now distancing themselves from a list claiming that central committee candidates had aligned themselves to a Swapo Camp.

Shiimi posted in a WhatsApp group yesterday morning that “I have not approved such a list”.

Yesterday morning, Karupu told The Namibian that the list is not legitimate as he supports another candidate.

Helmut Angula was a former cabinet minister. He said that some candidates are likely keep their positions.

Angula said he does not have a preferred candidate for any position as the candidates have character-assassinated each other during the campaign. “All of them are all involved in malicious propaganda,” he said. He stated that he would support the winner.

Angula claims that some of the comments made during the campaigns were not palatable when the party was supposed be uniting.

“You really never heard any pronouncement about how the candidates will help to shape the policy on unemployment, job creation, industrialisation and promotion of regional partnership,” he said.

Angula predicts that the opposition parties will use the statements of Swapo candidates against each other in 2024 to discredit and discredit the party. It will be difficult for Swapo to deny these statements.

Calle Schlettwein, Agriculture minister, said that the party’s approach during the campaign was positive. It was used to disengage individuals from the campaign, rather than winning the hearts of the delegates.

He stated that the incoming Swapo vice-president, who could by implication be Namibia’s president starting March 2025, should abandon individualism politics to be more responsive to the needs and wants of young people.

This year’s election congress is different because of campaign rules that prohibit candidates holding open public rallies except for those organized by the secretary general’s.

Desmond Amunyela (a businessman who owns Windhoek Observer) said he was disappointed at the way the media covered issues related to the ruling party. He claimed that Geingob was correct in claiming that the campaigning process was an internal party process.

“The media failed to ask critical bread and butter issues. Let them reveal their exact policies. Even on issues such as the oil find,” Amunyela said.

“I see the media appears to be intimidated. I have seen our media (including mine!) regress in being people’s champions. Today’s media is more interested in who is visiting which farm instead of focusing on the real issues affecting people.”

The media were not allowed cover the Swapo campaign. As happened in October’s campaign at Ongwediva, a journalist was forced to delete photos, videos, and recordings that she made during the event by the police.

Ligue 2: Africa recovers in the league