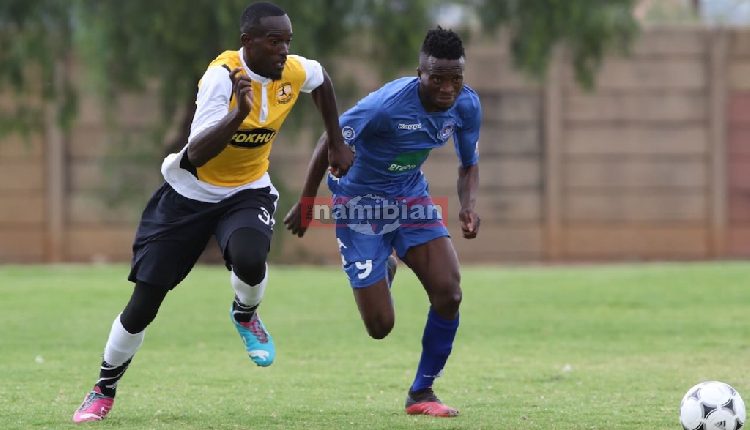 Tigers will recover: Akwenye – The Namibian

Nelson ‘Dky” Akwenye, the new chairperson of the Tigers Sports Club, says that the blue-and white outfit will rebound from their poor start in the Debmarine Namibia Premiership.

Akwenye, who was elected chairperson Saturday, will lead the club’s inconsistency to greater heights in the next four-years.

He is the head of an executive management committee, which includes Eddie Kafita as chief operations officer, Aron Haludilu as chief financial officer, Paulus ‘Dalla ‘Imanuel as chief marketing and communications officer, and Werner Shilunga to act in his capacity for chief legal officer.

At the annual general meeting, Tuhafeni Haushona was also elected head of the Tigers Supporters Club.

Desert Radio’s Akwenye spoke to this week and said that the club will overcome its poor start. Namibia’s oldest club now has a professional and vibrant leadership to improve its fortunes.

He assured that the new management would continue the work of the outgoing executive and implement the new objectives.

“Yes, we definitely had an unimpressive start but we will fix it going forward with the help of the supporters,” said Akwenye.

Tigers SC is third in the table from the bottom and will be starting their revival against Tura Magic Saturday and Unam Sunday.

Retired playmaker said that the management is being complemented by the chairperson and marketing sub-committee of the supporter’s clubs to re-activate the waning base.

“Our mandate is, number one, to make Tigers SC as attractive as it was and should be. Tigers SC was where I was raised and born. This is where my football career took shape and it was inevitable for me to take on the task,” emphasised Akwenye.

He pointed out that sponsors have been put off by the absence of a domestic league due to the endless squabbles within the football fraternity.

Akwenye stated that it’s a significant challenge that the new hierarchy will face with earnest.

“Tigers SC plan to establish an academy to cater to the youth who will build up the club’s products. Although netball will be predominant, this academy will be open to both football and netball. It’s a project that we need to see it through,” said Akwenye.

A second priority is to secure a field for the club. Football clubs are often left behind by a lack of facilities.

“We’re struggling and the shortage of stadiums is a huge headache. It’ll be a struggle but we are determined to bring about the necessary changes going forward,” he said.