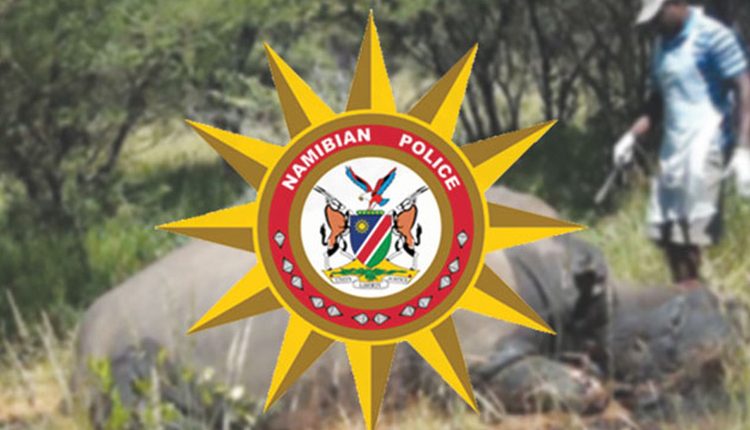 Seven arrested for wildlife crime in one week – The Namibian

In a week, seven people were arrested for wildlife/poaching-related crimes in the country.

This is according to the weekly wildlife crimes statistics report, which was released last week by the environment ministry.

According to the report, six people were arrested for rhino poaching and one suspect was in possession of a pangolin’s skin.

According to the report, three suspects were granted bail and nine are being held in custody awaiting trial.

They are charged with illegally hunting special protected game as well as conspiracy, attempt, and inducing another person into committing an offence.

Ndango Hamutenya, a 29-year-old Angolan national was arrested for possessing a pangolin. He was charged with illegally possessing and dealing in controlled wildlife products.

Romeo Muyunda, spokesperson at the Ministry of Environment, Forestry and Tourism, said that many Namibians don’t understand the importance of conserving wild animals.

He said that many people think wildlife belongs to the Ministry.

“They don’t understand that these resources generate income for the country, through trophy hunting and tourism. Tourism is very important to the country, as it creates employment for our brothers and sisters,” Muyunda said.

He stated that poaching rhinos or other species is theft of livelihood.

“These resources do not benefit the ministry, but all of us.”

Muyunda stated that Namibians should join the ministry to fight poaching.

He also called on the public to be mindful of the importance nature conservation.

“Report wildlife-related crimes to the ministry and the Namibian Police. Poachers live with us, and we protect them. If we don’t report them, our species will go extinct and this will affect our country,” he said.

Muyunda stated that the ministry is working hard to ensure environmental protection during the festive season.

He said that the ministry would increase awareness of the importance conservation of nature.

“We know we will see people flocking to the coast and other game lodges and parks, but we must be responsible. Let’s avoid littering at parks,” Muyunda said.

He stated that ministry staff and officials will conduct park patrols, area surveys with helicopters, as well as be present at road-blocks.

“We will also be at the coastal area to ensure that no littering happens there. Our staff will be there to issue fines to those being negligent,” he added.