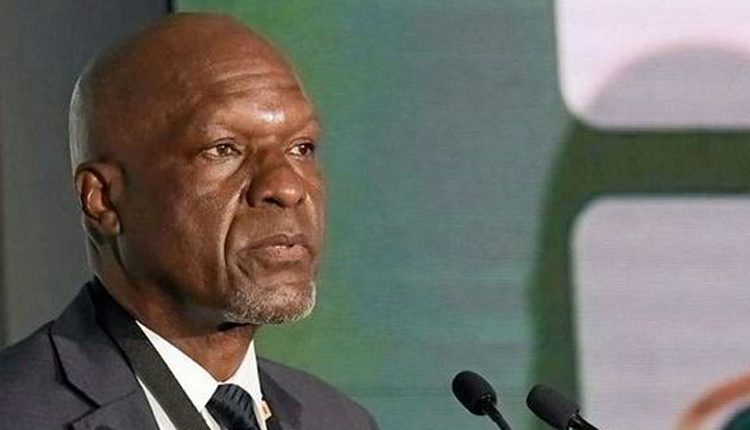 The Anti-Corruption Commission (ACC), has opened an investigation into corruption allegations at the Ministry of Mines and Energy.

Josefina Nayuwamata, spokesperson for ACC, said that complaints were filed with her office on 14 September. She did not reveal the identity of the complainant.

“According to the complaints, there are payments that were given to a staff member to ease the issuance of mining and exclusive prospecting licences (EPLs). Therefore, the investigation is ongoing,” she said.

Nghituwamata did not disclose the names of any potential suspects of interests and said that the focus would be on the information in the complaint.

This comes as Tom Alweendo, minister of mines and finance, admitted that there could be bribery in the ministry.

After The Namibian reported about allegations that N$50m was paid in bribes to minister officials in order for an exploration license to be awarded, he made the admission before the National Assembly on Tuesday.

According to Alweendo, the exposé revealed a potential weakness in how exploration applications were awarded or declined. The Namibian reported that Orange River Mining received two EPLs from Ralph Muyamba, a cousin and former technical adviser to the mines ministry.

Muyamba has denied any wrongdoing regarding the awarding EPL to his cousin Peter Shifwaku.

“Over the years, a trend has emerged where exploration rights are awarded to applicants that have not proven any serious intention to do exploration,” said Alweendo.

He stated that some applicants apply to explore licences but not for any exploration, but to trade with the licenses once they are granted. Orange River Mining sold the licence to Xingfeng Investment. The proceeds were allegedly used for extravagant parties and vehicles.

Alwendo stated that if the practice is continued, it could damage the country’s long-term mining resources development.

“One of the unintended consequences of this practice is that you create a parallel market for trading in exploration licences, where huge amounts of money are exchanged. This in turn has the potential to create incentives for ministry officials to be bribed to award licences inappropriately,” he said.

Alweendo stated that his ministry has improved the evaluation of exploration license applications in order to address this problem.

“Each applicant will be required to provide us with a detailed exploration programme, which must be accompanied by a commensurate exploration budget and the details of appropriately skilled personnel that will be carrying out the actual exploration activities,” said Alweendo.

Alweendo said he was shocked by the way Xinfeng Investment started their mining operation. The company had initially indicated that the start was planned for 2024.

Alweendo said that Xinfeng received an EPL in Oct 2021 and a mining licence in August 2022.

Alweendo was also puzzled by the speed at which the approval was granted.

“Surprisingly though, the company started mining operations soon after they received their mining licence” Alweendo said.

“As part of their mining licence application, the company has also stated that before they invest in a processing plant that was to be constructed in 2024, they would need to export a certain quantity of crushed ore to their processing plant in China,” he said.

Alweendo admitted that officials from the ministry responsible for export licens administration disagreed on the sampling volume.

Alweendo stated that the export permits were issued by Erastus Shivolo, an ex-mining commissioner.

“To date, the company has been issued with an export permit totaling 135 000 tonnes of crushed ore,” he said.

Last week, the ministry issued an announcement in which it consented to allow the company export the remainder of the ore despite the fact that the amount was too high to be used for sampling.