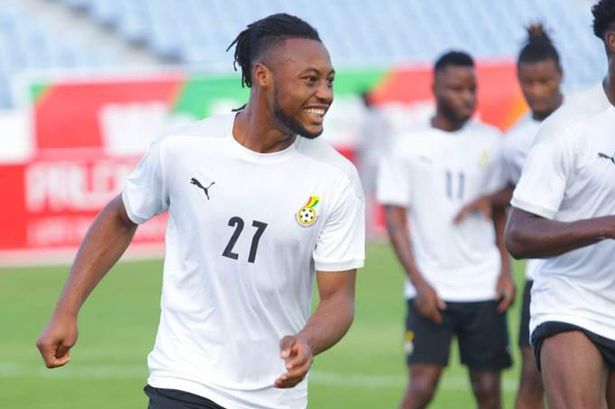 Since Gyan’s retirement, Ghana has been searching for their next star striker. Two binational center forwards are now in the group for World Cup. The quadruple African champions must sign a return after their absence in 2018.

Asamoah Gyan,The former Ghanaian striker is currently the top African scorer at the World Cup, scoring 6 goals in three appearances. For their 4th world, the Blacks stars would like to find another serial killer among the newcomers Iñaki Williams and Antoine Semenyo to accompany André Ayew.

Ghana beat Nigeria to win their ticket to Qatar after they missed the 2018 World Cup. A qualification which allowed the Ghanaian Federation to convince Iñaki Williams to represent his country of origin.

Inaki Williams and Antoine Semenyo were the decisive choices

Present in the Ghana group since last September, Iñaki Williams is inspiring hope among supporters looking for a new Gyan. The Bilbao striker is mobile, powerful, and altruistic. He can add variety to Ghana’s attacking play. After three matches, the center forward of the age 28 has yet to score in the selection. He says he is grateful for Ghana, which took him to Qatar. He will be expected at the turn in a group consisting of Uruguay and Portugal. This group does not bring back good times.

Antoine Semenyo, for his part, opened his counter against Switzerland in Ghana’s last preparation for the World Cup. Semenyo is younger and less well-known than Williams. He has not been able to benefit from any tenure since June, when he arrived in the locker room.

Despite his lack of previous experience, the English player was born in 2000 and has many qualities. An interesting pivot attacker in deflections and effective in front of goal, Semenyo can bring new life to the “Black Stars”.

The Bristol striker, who scored 3 goals and 2 assists against 8 and 12 last season in Championship, has lost his place after suffering an injury during his first selection with Ghana. It’s time to prove that the game was worth the candle. The answer is in Qatar with a match against a strong opponent, Portugal on Wednesday at 4 PM GMT. This competition has so far seen no African team score a goal.