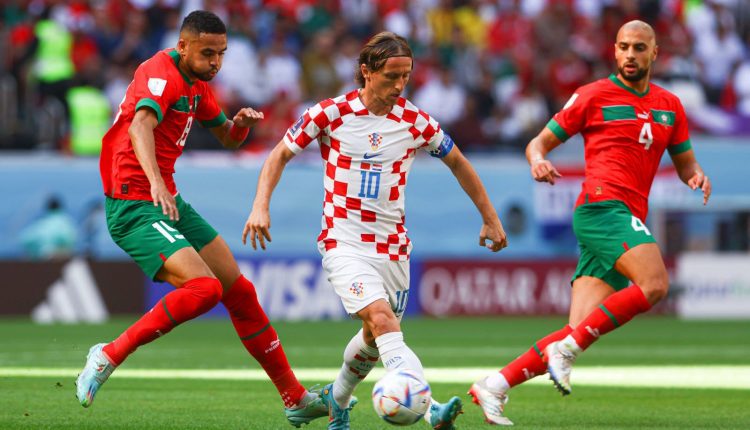 Morocco was able to master their match, especially in central part of the match, in the first period. The Moroccan midfielders perfectly cut the Croatian passing lines, preventing the Brozovic-Modric-Kovacic trio from feeding the attackers. Despite their good rhythm and commitment, neither team was able to shake the nets in the opening act (0-0). However, Croatia almost opened the scoring but Yassine Bounou offered a magnificent save in front of Nikola Vlašić (45 + 1), while Luka Modric put the ball above the cage (45 + 2).

Morocco will have their first major chance at the start of the second period. Noussair Mamraoui, who is attempting to score with a header, fails to make contact with the Croatian goalkeeper (51e). The action ends with the side being injured by a blow to his hip. Yahya Attiat Allah gives way. The Atlas Lions continue to play a very good game despite this outing. Ashraf Hakimi (65e) sends a missile on a free kick but the Croatian goalkeeper Dominik Livaković intervenes again.

The Atlas Lions are bold in their offensive play and can defend well against Luka Modric’s team. Morocco can also regret the match against vice-world champions. The Moroccans shot eight times more than their opponents (8 against 5) and had the same number of shots on target. The draw allows Walid Remagui’s men to maintain their chances at qualification. Next meeting is this Sunday against Belgium.