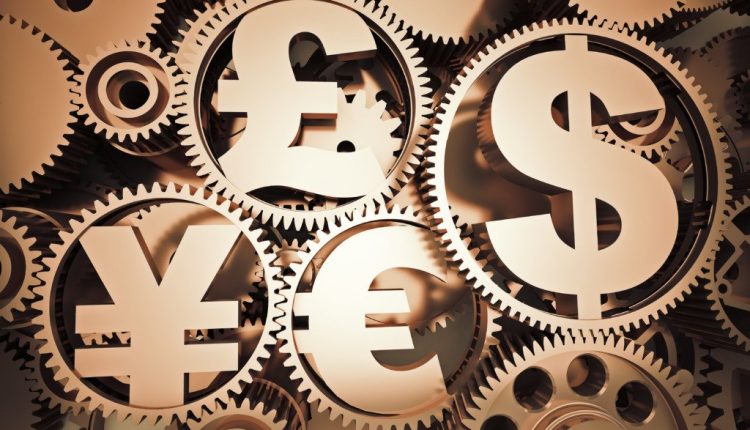 A recent policy note by the Finance for Development Lab called for the creation an African Stability and Liquidity Mechanism. Its purpose is to provide a financial safety system to ensure macro-financial stability for African governments and affordable funding costs by providing a stability mechanism, not a bail-out facility.

African BusinessWe met up with them to learn more about their plans.

African Business: Why did you start to look at a stability and liquidity mechanism for Africa? What are the current indicators? Where are the red flags and what’s giving you cause for concern?

Daniel Cohen:The first step is to all agree that there is a major crisis. It could be the same scenario as in 1980, when most of Latin America defaulted. Paul Volcker, the US Fed Chairman increased interest rates to stop inflation. There were commercial loans with floating interest rates. The shock was immediate and created a financial crisis for Latin America.

This time, the loan portfolios of emerging countries are more diverse and include many fixed-rate bonds. We have a year or so before things spiral out, which is when the peak of refinancing is expected to occur, which we can see will be in 2024.

These issues are something we think about for a year. This is why it is so important to make a diagnosis to ensure that you find the best possible treatment.

SDRs have been the second thing that has motivated our thinking and called for action. With $650bn in the budget, there was a lot to be expected about how this money would go. In the end, it’s a bit disappointing. We all know the numbers: Africa was able to access $33bn. This is a small amount compared to the other options. Most of it will end back where it came, in the IMF coffers.

We are in an urgent crisis. There is a sense that we have missed an opportunity to change the rules. That’s what triggered our thinking.

Ibrahim Elbedawi:Africa, as a continent, lacks a financial support system in the face of such a crisis. There is also a need for credit-worthiness improvement and domestic reforms. However, we and the Economic Research Forum as well as those involved in this initiative believe that the Africa risk may be exaggerated. Because Africa has similar fundamentals to other regions, the riskiness of Africa is perceived to be higher than it is.

Another important point we wanted was to address the increased risk of commodity price volatility and increases. This risk must be managed. These are some of the considerations that we have focused on, and especially the issue of liquidity as opposed to solvency, but all are fundamental in terms of Africa’s access to finance.

African Business: Professor Cohen mentioned the Volcker shock that occurred in the early 80s. Since then, there have been numerous emerging market crises. Do you fear another?

Daniel Cohen: Yes, it is. Again, it’s not at all the same order of magnitude. Inflation has been fueled by a large amount of liquidity that has been released into the world over the past 10 years. The financial market was the real beneficiary of this liquidity. Its effect was to increase the value of assets, not wages or goods. We are now in a mirror situation, where the price of goods and labor is rising. The tool central banks have at their disposal is to drain these liquidities.

In the 1980s, there was a huge real rate increase. This one seems to be more moderate, but it has the same effect. The first thing that happens when there is a problem in the world is that the portfolio managers withdraw their money from frontier and emerging markets. This kind of behavior by portfolio managers cannot be tolerated. It will derail the growth of the emerging economies for the second time.

African Business: Dr Elbedawi, in terms of the IMF, you’ve been a minister of finance – is there a stigma associated with the IMF?

Ibrahim Elbedawi: In the paperThere was much discussion and I hope it was persuasive. This is not intended to replace existing instruments, such as the IMF and others, but to fill in the gaps. A regional mechanism is necessary for Africa in order to supplement existing instruments, particularly in the wake of Covid and the conflict in Ukraine.

There is also an increase in awareness about the importance and necessity of being prepared for climate change. African countries are not in a position where they can replicate the East Asian experiences, where manufacturing can both be an escalator of growth and a place for creating new jobs. The social agenda will be very important and crucial.

We think that in the light of the peculiar situation of Africa, the new syncretic characteristics of Africa having kind of to live under the shadow of riskiness and the riskiness of debt and so on, it’s very important to have such an initiative.

It cannot replace the standard instruments that are designed to deal with insolvency problems. This initiative is intended to address liquidity issues that are especially acute in Africa.

African Business: Professor Cohen, how are you going to ensure that it’s those who behave well financially that benefit from the solutions that you are offering?

Daniel Cohen: That’s a critical question. My answer is to distinguish between debtors. Some countries, badly rated and which only accessed world financial markets because of the very large amount of liquidity available, are discovering that these markets are now closed and that they won’t be tapping international capital in the foreseeable future.

The best way to go is to clean the slate and forget about financial markets. Public money should be given priority. This is based on one simple rule: no debt should be granted at a cost that exceeds the growth rate of an economy. This may only apply to certain countries.

Many countries worked hard to earn their credibility and they don’t want to be written it off like that. They want to fight for credibility. We live in exceptional times with Covid, war in Ukraine, the explosion of food and prices for raw materials and it’s a bad moment to work through. Let’s learn the lessons of this crisis to create new market instruments, beefed up perhaps with liquidity. Maybe bolstered with some first loss instruments.

Let’s not ruin the reputation of these countries and think to the new class of instrument in the spirit of the Brady Bonds that were created after the Latin American debt crisis. Let’s think about it to enhance the quality of debt knowing that low rates are something of the past to a certain extent. We must do our best to leverage the financial markets, not just avoid them.

Daniel Cohen is the Paris School for Economics’ dean, while Ibrahim Elbadawi was the former finance minister of Sudan.