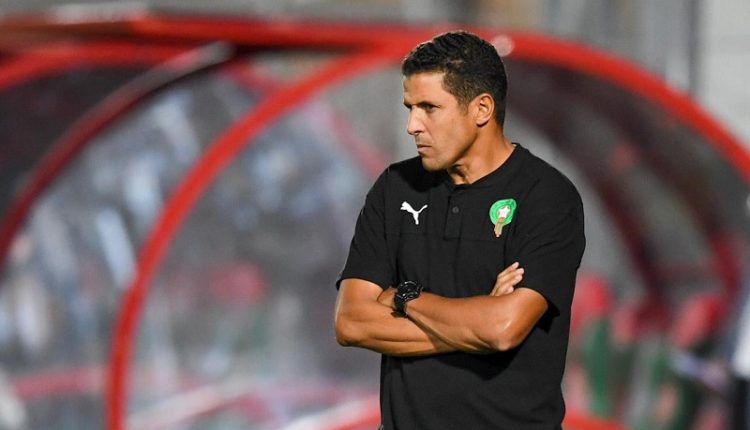 Houcine Ammouta is a coach with a strong pedigree. However, the technician has yet to prove his expertise with the Olympics. They are still aiming for qualification for Paris 2024 Olympics. The double defeat against Senegal makes one wonder if it is too difficult for a coach to manage a team and select players.

Houcine ammouta, coach for Wydad and the U23s from Morocco.

After the defeat, Moroccan supporters express their dismay. Poor performance by the U23 team against Senegal. The Olympiques were defeated 7-1 by Demba Mobaye’s men in the two games. At home, the Teranga A’ Lions dominated. These setbacks expose their weaknesses but Houcine ammouta’s difficulty managing two hats. Wydad CoachBoth U23s, but the technician has not yet shown much enthusiasm with this selection. These are two friendly matches, but they are not serious matches. Many Moroccans feel that he should “focus” his attention on the wydadi and leave the selection to another technician. According to observers, Morocco has enough coaches to take care of the destinies of this selection.

Ammouta won however the first CHAN in Kingdom history in 2020. Wydad was also offered by Ammouta a CAF Champions League, as well as a Botola Pro D1 in 2017. He also has the title champion with the FUS Rabat, the Throne Cup, and the CAF Cup together with the team from the capital. Is this enough to take care of Wydad’s club and make it a breeding ground for the national team A?

Soon to be replaced

The coach has in any case a rich workforce in which there are great hopes of Moroccan football such as Haitham Abaida (Malaga), Benjamin Bouchouari (Saint-Etienne), Ismaël Saibari (PSV Eindhoven), Oussama Targhaline (Alanyaspor) and Bilal El Khannouss (KRC Genk). The public was waiting to see if there were any players that stood out, but Walid Regragui had already seen them. These Moroccans believe that selection A’ still has a lot to prove. To get there, she must.Return to a coach who is devoted enough time to you “.

Ammouta just told Bein Sports that he was ready to assume this double hat, one of which was entrusted to him by the boss of the Federation Fouzi Lekjaâ. However, due to indiscretions, his mission should end soon. A new coach will likely take over the selection for the CAN U23, which will be held next year at Morocco. The goal of the Atlas Lions is to qualify for the 2024 Olympics. They have many flaws that they need to fix in order to take the lead in Paris.