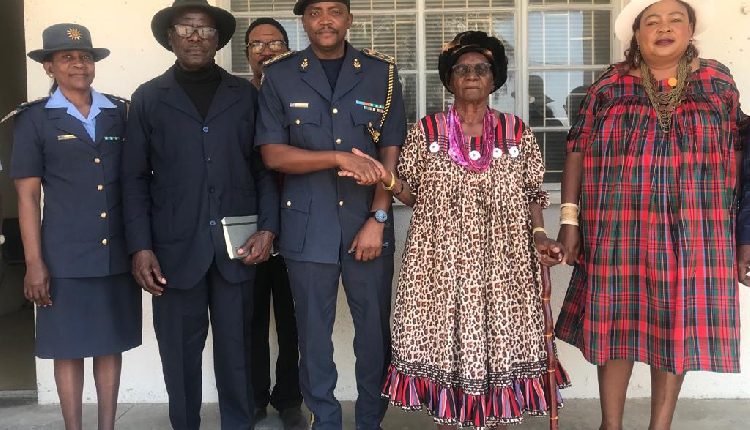 CHAIRPERSON of Oukwanyama Traditional Authority Andrew Naikaku stated that police should assist traditional leaders in arresting those who fail to show up to court when summoned.

Naikaku said that when a senior headman requests the police to assist with an arrest, he or she will be told to write to the regional police commissioner.

Naikaku informed the police that the traditional authority is facing the issue of illegal mining. Business people are stealing sand from old pits at night and depositing it into the oshanas for the morning.

He suggested that trucks shouldn’t be allowed to transport sand beyond 17h00.

Queen Nelumbu said that police officers should be assigned to the palace and community court when there are meetings to maintain order.

Urias Nyilula, the senior head of the Ohaingu District in the Oukwanyama Traditional Authority spoke at the event. She said that there are many cases of gender-based violence and abuse against women and children, as well as stock theft and drug abuse.

He also said that there are cases of people stealing matches or canned beef.

All of these cases can be brought before the judges of the community court.

“Sometimes when we summon people to the community court, they don’t come, while some who are fined to pay cattle or money don’t pay until they die,” he said.

Ndilula suggested to police that an accused person should be arrested if he/she is summoned but does not appear in court.

Amalia Nathaniel from the Ministry of Justice, the director of community courts, said last year to The Namibian that community courts are permitted to adjudicate crimes arising from contravention of customary and customary laws.

These courts are also able to handle matters such as customary marriages and delicts such a adultery or failure pay lobola.