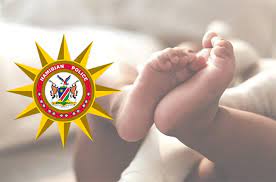 Tsumeb teen gets bail after baby’s death – The Namibian

Yesterday, bail was granted to the Grade 10 student who was arrested after she gave birth on Sunday to a baby boy.

According to police, however, the 19 year-old pupil remains in custody.

“She got bail of N$2 000 and is still in custody as she is waiting for her family to collect the money for her bail,” the Oshikoto regional police commander, commissioner Teopoline Kalompo-Nashikaku.

Kalompo–Nashikaku said that the student had allegedly given birth to a boy on Sunday evening in the hostel toilet. She then killed the infant and wrapped his body in a plastic bag. The plastic bag was then placed in a backpack that she concealed in the toilet. After being tip-offed by school pupils, the hostel matron found her bag.

“After she gave up, the other children heard the baby crying, and they alerted her mother, but it was too late for the baby to be saved,” she said.