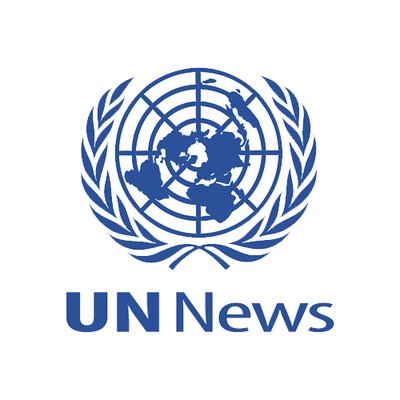 Ethiopia’s people are once again “mired…in the intractable and deadly consequences” of conflict between Government troops and forces loyal to Tigrayan separatist fighters, who are all likely responsible for war crimes, top rights investigators said on Thursday.

The first and most comprehensive report of the authors to the Human Rights Council in Geneva, the International Commission of Human Rights Experts on Ethiopia said that they believed that crimes against humanity had also been committed in the on-off war that erupted in the northern region in November 2020.

“Extrajudicial killings, rape, and sexual violence are all methods of warfare.” have happened in Ethiopia since the earliest days of the conflict, the Council heard.

Citing information from “credible sources”, Commission chairperson Kaari Betty Murungi – who like the two other members of the panel is an independent UN-appointed rights expert – said that there had been an “escalation” in drone attacks by Government forces that used explosive weapons “with wide area effects in populated areas”Since hostilities have resumed,

“Our investigation indicates that their use has exposed civilians to new and heightened risks,” she said. “We have received reports of drone strikes in Tigray in the last four weeks, which have allegedly killed and injured civilians, including children.”

These included “Large-scale killings of Amhara civilians and rape, as well as widespread looting, destruction, and sex violence against them, are all part of the ongoing massacre. of civilian property in Kobo and Chenna in August and September 2021.

“During their searches of homes in Kobo, for example, Tigrayan forces looked for weapons and pulled many men from their homes, executing them, often in front of their families.”

Ms. Murungi stated that international humanitarian access to Tigray is still blocked today, despite the dire circumstances there.

There were reasonable grounds to believe that the Federal Government and its allies “looted and destroyed goods indispensable for the survival of the civilian population in Tigray, Killing livestock, destroying food stocks, and razing crops while also implementing severe restrictions on humanitarian access to Tigray”, she added, noting that for more than a year, six million people had been denied access to electricity, internet, telecommunications and banking.

This denial and obstruction of access to basic services, food, healthcare and aid relief “amount(ed) to the Persecution and other inhumane acts are crimes against humanity”, the Commission chairperson insisted.

“We also have reasonable grounds to believe that the Federal Government is committing the war crime of using Starvation as a means of warfare” the top independent rights expert continued, noting that Tigrayan forces had reportedly looted humanitarian aid.

According to the latest dire humanitarian data from the UN Office for the Coordination of Humanitarian Affairs (OCHA), conflict and displacement in northern Ethiopia has left More than 9 million people are in desperate need in Tigray and Afar regions.While severe drought is affecting millions more people in the south,

Citing OCHA, Ms. Murungi said that that the combined effect of the Federal government’s measures had left 90 percent of the population are in acute need – an 80 per cent increase since the beginning of the conflict.

“Most of the population in Tigray must now survive on limited and nutritionally inadequate diets,” she said, adding that there had also been “an increase in child marriages and child labour, human trafficking, and transactional sex as desperate means for survival”.

According to the Commission chairperson rape and crimes of sexual violence had happened “on a staggering scale” since the earliest days of the conflict, “with Ethiopian and Eritrean forces and regional militias targeting Tigrayan women and girls with particular violence and brutality”.

Rejecting the report’s findings, the Ethiopia delegation repeated its claim that the federal government had been subjected to “unfair and biased scrutiny” at the Council You can keep it for longer than a year.

Addis Ababa was engaged in responding to an “insurrectionist armed group that has endangered the territorial integrity of the country”, the Council heard.

The Human Rights Council on 17 December 2021 adopted Resolution S-33/1, which established the international commission of human rights specialists on Ethiopia.

APO issued this Press Release. The content is not being monitored by African Business’ editorial staff. None of the content has been validated or checked by our editorial teams, proof-readers or fact-checkers. This announcement is solely the responsibility of the issuer.

Bertrand Traoré: “Highlight the interest of the group”

Could an African Stability and Liquidity Mechanism avert a debt crisis? –…