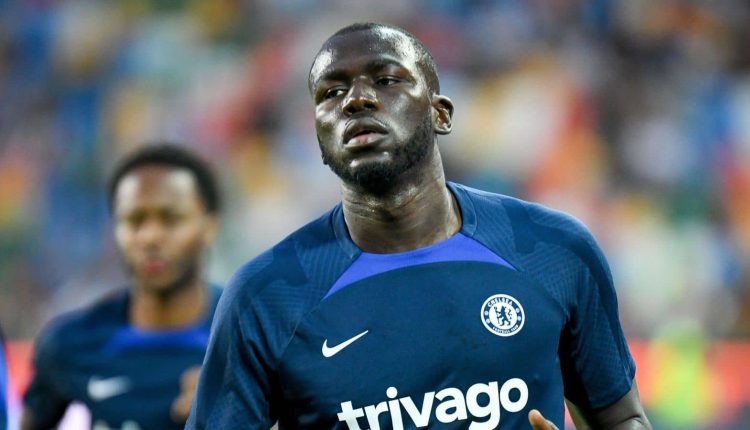 Chelsea-Kalidou Koulibaly: “I questioned myself”

Kalidou Koulibaly moved to Chelsea from Napoli, where he had spent eight years. After promising first steps, the Senegalese defensive defender became embroiled in problems which forced him to the bench. He admits to having difficulties in his new jersey but he is positive and optimistic about the future.

“It’s football, nothing is taken for granted. I questioned myself,Kalidou Koulibaly assures Kalidou Koulibaly during an interview with the Senegalese newspaper The Daily. I could have stayed longer in Naples and had it been quiet. I wanted a challenge and I’m happy with that. I don’t believe there are many players who are able to come to a club and be decisive. I believe it’s normal for there be a period of adaptation.”

The captain of Teranga Lions insists on: “I’ve been in Italy for eight years, I’m coming to England, where I have to learn everything very quickly. It is normal for there to be some adaptation.

Kalidou Koulibaly claims that it can take up to six months for a player to join the Premier League. He believes he has the ability to shorten this time. He said that : “I’m really motivated, I want to show everyone that I’m a good defender. That’s what it looks like on the field. I believe it will go well. I don’t worry about that. I know that I will be available when I’m called upon.”

He doesn’t seem to be scared by the change in his coach. Koulibaly, who was recruited by Thomas Tuchel and recently fired, now works with Graham Potter. “He’s a true coach.The Senegalese defender is enlivened. He was a good manager for Brighton. He is now a Chelsea manager. He has expectations, guidelines. It’s up for me to be patient, to show the coach that I can trust him, and to be patient. When I will be at 100%, there will be no problem, I will play again InchAllah.”