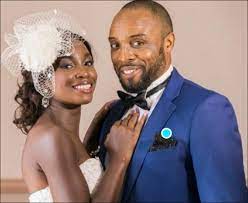 Bad behavior seems to be a hallmark of Nollywood. Actors sometimes go out of their way to court controversies. This year alone, several scandals have unfolded, from actresses said to be sleeping with a cleric, Yul Edochie’s rumoured second wife, to Funke Akindele’s separation from her husband and Kalu Ikeagwu’s messy divorce case.

Nollywood has become so tolerant of divorce and separation that it is almost a badge.

This was the case with Ikeagwu’s celebrated marriage. The six-year-old marriage of Ikeagwu to Ijeoma is over. It seemed like a happy and peaceful union, so one wonders how such a union could collapse, seemingly overnight.

Ijeoma Ikeagwu, estranged wife of Nollywood actor Kalu Ikeagwu, had recently narrated to an Ikeja High Court how the actor’s habit of smoking cannabis made her to be fearful for their children’s safety.

Ikeagwu had filed for divorce against his wife and sought custody of their children in a suit ID/8939HD/2021. He told the court that he had never had sex with his wife. However, Ijeoma said she had been living in fear in her marriage because of her husband’s irresponsible lifestyle, including smoking of cannabis and refusal to take care of her and the children. In open court, it was revealed how Ikeagwu, which he denied, gave the wife sexually transmitted diseases that led to the loss of the wife’s pregnancy, and how any sexual relationship between the couple had ceased.

It was all so sordid and one begins to wonder how things got to that point.In a Daily Sun interview in 2019, barely two years earlier, when asked about his marital life, Ikeagwu had gushed, “I have been married since 2016 and it has been good all the way. I have two kids and it has been a most wonderful experience.”

Indeed, how can a “most wonderful experience” suddenly turn to such animosity and bitterness in such a short time? How can love suddenly change into a desire to fight in public and throw each other under the train? It is beyond imagination.

Ikeagwu clearly saw something in Ijeoma that he wanted to marry her. Ikeagwu had a lot of beautiful women and actors who would have married him. He was determined to find something different and he found it in Ijeoma. Ikeagwu once said, while telling the story of his marriage, that she was beautiful and courageous. Ikeagwu claimed that Ijeoma drove them around Enugu on one of the movie sets. Ijeoma stood strong behind him when he had an issue with the police during their early marriage. “It has made me remember I have a gift in her,” says Ikeagwu.

It is strange that a woman Ikeagwu who was so open and friendly at all times will suddenly become a problem for the same guy. What happened? Who could be responsible for the deterioration of a once peaceful relationship? And why was it so difficult repairing the relationship when things got worse? It may be difficult for Nollywood to pinpoint the cause of marital problems, but there is a common thread that runs through most of the Nollywood marriages that have fallen apart: infidelity.

In Ikeagwu’s and Ijeoma’s case, it is most likely that infidelity reared its ugly head again. Infidelity was clearly involved in the collapse of the marriage.

Drug use could also be a factor. The wife accused her husband of using cannabis. If true, it begs the question about the actor’s mental state. Cannabis has been shown to cause anxiety, withdrawal, and erratic behaviour. Ikeagwu had in one of his previous interviews claimed to be a ‘spiritual’ person. One wonders how any spiritual or responsible father will deliberately expose his children to such dangerous habit – Ijeoma claimed Ikeagwu took the children out for strolls and would usually purchase and smoke cannabis at some joints during the strolls.

It is sad that the fashion statement of crashing marriages has been made in the entertainment industry. Crashed marriages can be compared to asking what label someone is wearing.

It is clear, even though it is unfortunate, that more mudslinging will take place as the Ikeagwus’ divorce case develops. In these situations, the children and the likely impact of their parents’ irresponsible behaviour are never ever considered. For instance, Kalu admitted in open court that the last time he sent money for the children’s upkeep was November 2021. And he has not denied Ijeoma’s claim that he has also not been paying the children’s school fees. So, what’s the morality of asking for custody of the children.

One of the most sad aspects of Nollywood’s bad behavior is that many young people now see marriage collapses as cool. This is a serious problem. When will Nollywood men stand up to it? This madness will be stopped by someone or something.

‘Give me all the money you have’ – The Namibian

The Captain Morgan Bbnaija Task Will Be Fire, As Housemates Battle For 3m Cash Prize

Sanwo-Olu Celebrates Deputy, Hamzat At 58, Describes Him As Committed Partner