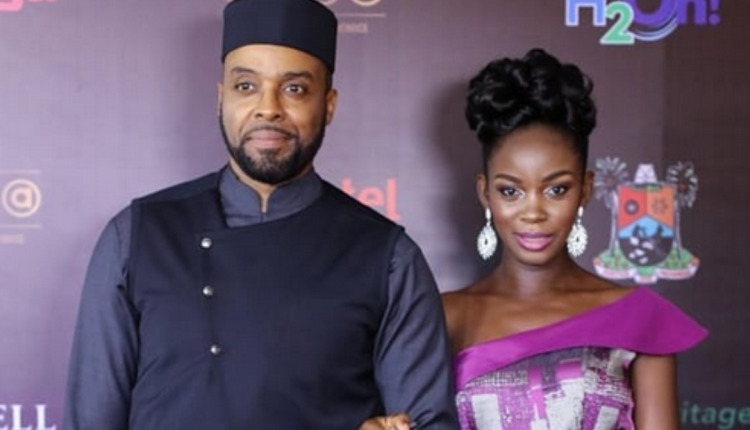 Ijeoma Ikeagwu, estranged wife of Nollywood actor Kalu Ikeagwu, on Wednesday told an Ikeja High Court how the actor’s habit of smoking cannabis made her to be fearful for their children’s safety.

These comments were made by Amedu while Mrs S.I., her lawyer was leading her evidence. Amedu. Ikeagwu filed for divorce from his wife in a suit ID/8939HD/2021. He is seeking custody of their children, a boy and a girl.

Ijeoma narrated how she had been living in fear in her marriage because of her husband’s irresponsible lifestyle, including smoking of cannabis and refusal to take care of her and the children.

Ijeoma recalled how Ikeagwu would take her children on a stroll through the estate in Ogba, where they lived, and then take them to buy and smoke marijuana. This would expose the children to the dangers and suppliers. She claimed that it was only after she learned this that she decided she would go with them on the walks. Ijeoma stated that my husband was uncomfortable with this and stopped taking the strolls.

She also described how Ikeagwu had been taken to Area F by SARS officers and then released. They had to hurry to find another place to live after that. When she asked her husband why he was being arrested, he simply replied that it was connected to a stolen cellphone whose owner had died in Abuja.

Amedu asked Ijeoma to explain why she left her matrimonial residence. She stated that Ikeagwu had called her daddy and told him he wasn’t interested in the marriage. Ikeagwu then told her she wanted a divorce. He would constantly make her leave his house, sometimes with their 10-year-old daughter. She said she stayed back in Lagos for two weeks immediately she left her husband’s house before going to Enugu because her daughter was about to take her school leaving certificate examination and also the daughter’s school’s graduation ceremony was around that period.

Justice Christopher Balogun, the judge, asked Ijeoma to explain why she didn’t tell her husband that she was still in Lagos during that two-week period. She explained that their relationship and communication was not cordial and that Ikeagwu sent her threats messages. So she couldn’t have revealed her location.

Justice Balogun adjourned this case to July 8 to allow for continued hearing.