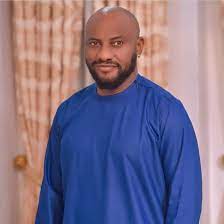 Recall that Deborah was beat to a pulp by male Muslim students and burned alive on Thursday. They accused Deborah of insulting Prophet Muhammed through a WhatsApp group.

The students then filmed the barbaric act and uploaded it to social media.

Edochie reacted and called for an investigation into the grisly murder of Deborah.
He said that God, who created all people and the earth, is powerful enough to win his battles.

He wrote on Twitter, “I condemn the killing of Deborah. The perpetrators MUST be held accountable.

“God who created all humans and the earth is powerful enough to fight his battles.

“Yes I want to be President, whether you vote for me or not, my ambition will never stop me from speaking the truth.”