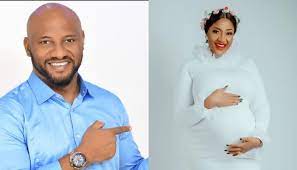 Actor Yul Edochie on Wednesday noted that though silence is good, it was not always the answer, adding that it has gotten to a point where he’ll speak.

Though he didn’t categorically refer to what or who he was talking about, the post came hours after his wife, May, publicly spoke against polygamy.

The actor, who hasn’t reacted to his wife’s comment, took to his Instagram page to state that it has gotten to a point where he’ll speak.

He wrote, “Silence is good. But it’s certainly not always the best answer. It has gotten to the point where I’ll speak.”
This also comes days after the actor stated that he would never say anything that’ll make May look bad in public.

Two weeks ago, the actor caused a stir online when he announced that he was to marry actress Judy Austin and that he already had a son.
The mother of four broke her silence on social networking and spoke out against polygamy